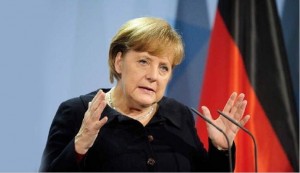 Merkel wants to work together and offer Africa’s young people a better alternative than risking their lives trying to get to Europe.

June 13–The German government has come up with a new plan that could mean more of their companies investing in African countries that are willing to set up conditions that inspire mutual confidence and security including oversight roles for relevant finance ministers and central bank governors.

Ludger Schuknecht, the Chief Economist at the German Finance Ministry said early this week at the ‘G20 Africa Partnership’ talks hosted by the German government in Berlin, “Its core will consist of the ‘Compact with Africa’ which will be under the oversight of the finance ministers and central bank governors. African states wishing to join the initiative by entering into an investment partnership – a compact, that is – will commit to improving conditions for private investment.”

With an eye to economic migrants from Africa, Angela Merkel, the German Chancellor told her guests, “If the lack of hope is too great in Africa, then of course there will be young people who believe they have to seek a new life somewhere else in the world. If we work together with you to help your countries, then we also create more security for ourselves and we can put a stop to people illegally profiting from the fate of others.”

Merkel will chair the G20 Summit taking place early next month. Germany currently holds the presidency of the G20 countries, a forum that brings together the leading 10 industrialized and 10 developing countries.

Schuknecht said Tunisia, Morocco, Senegal, Côte d’Ivoire, and Rwanda have already joined the compact while Ghana and Ethiopia are planning to. In an open letter to participants at  Schuknecht said,” We are counting on coordination and responsibility to be the key drivers. In cooperation with international organisations and bilateral partners, the participating African countries will develop tailor-made measures and instruments designed to make them more attractive to investors.”

Germany admits to have been slow to recognize the tremendous business potential in Africa. German trade with the continent stands at $60 billion each year compared to $200 billion for China, which expects to double that figure by the end of this decade. Meanwhile Germany’s exports to Europe have stagnated to less than one percent annually, but German exports to the African continent are growing 5 percent annually.

Almost 90% of Germany’s foreign direct investments to Africa are focused on South Africa, Algeria and Nigeria. Out of $9 billion of Germany’s FDI to Africa, $8 billion goes to these three countries. The Berlin talks brought African countries and investors together, basically to convince the investors that they can place their trust in the countries entering the compacts.

Schuknecht said the first five countries have created prospectuses outlining their priorities and plans for reform. These prospectuses are essential to enabling political change to translate into investment and jobs.

He said the Africa Compact initiative will require much staying power and this is the reason why it will be continued beyond the German G20 presidency.

“Our companies play an especially important role in the Africa Partnership and they mustn’t miss out on the unique opportunities that it opens up to them. After all, the Compact with Africa is is not about hand-outs: Rather, it is about creating opportunities for those investments and profits which are crucial to generating jobs and sustainable growth. German companies have so far played a leading role in Asia; similarly, they should also be at the forefront of developments in Africa,” Schuknecht said.