May 10 ,2018— A German business delegation composed of representatives from security firms will be visiting […] 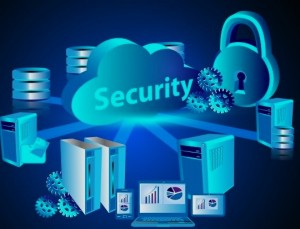 May 10 ,2018— A German business delegation composed of representatives from security firms will be visiting Kampala and Kigali, Rwanda between May 28 and June 1.

The visits are being organised by the Nairobi-based AHK Services Eastern Africa Limited, the service company of the Delegation of German Industry and Commerce in Kenya (AHK Kenya) and the German-African Business Association (Afrika-Verein).

Germany is intent on expanding business with the continent although the higher risks in doing business remain a long-standing concern. Africa is currently responsible for only 2 pc of total annual German exports with the leading destinations being South Africa Algeria, Egypt, Morocco, Tunisia and Nigeria.

Not long ago, Dr Stefan Liebing, the Afrika-Verein chairman said, “The problem is primarily the perception of Africa in Germany. German companies in search of growing markets first look to Asia. The message that many African markets now have equal or even more promising growth stories to offer has not yet reached all those concerned. Many small and medium sized enterprises are likely to consider activity in Africa to be too risky, not least because the continent is often still associated with a lack of political stability.

He said, “Poor infrastructure is also sometimes seen as a further deterrent – even though its improvement and expansion offer fascinating opportunities for German industry. Of course, there are also political constraints. Development cooperation from Germany and the EU, for example, should focus more effectively on supporting the local economy and promoting activities of international companies in Africa.”

Last year, Nairobi hosted a German-African Business Summit which attracted some 400 participants. Germany ranks fifth in the list of top five supplier countries to sub-Saharan Africa, behind China, South Africa, India and the United States. Although German-made products are highly regarded, they are often unable to compete with their Asian competitors in terms of price. As a sales market for African products, Germany lags behind India, China, the Netherlands, the US and Spain

Germany’s Federal Ministry of Economics and Energy (BMWi) is also supporting the visit to the region primarily intended to highlight that country’s expertise and advance technology on security related equipment and systems.

The business delegation will consists of 10 to 20 mostly small and medium companies from Germany who are actively engaged in the security sector, providing innovative security technologies, services, solutions and products in the area of civil security.

According to sources, during the business trip, the German companies will also attain insight of the Ugandan and Rwandan security market and potentially establishing first business relationships by being exposed to presentations at high-level sector conferences, networking events and company visits of relevant local companies and institutions in each country.

Meanwhile, a delegation made up of East African Business Council (EABC) member companies and individuals will next week fly to Germany. The trip is being made in partnership with Afrika Verein with the aim of eventually setting up an EAC-German Advisory forum. The Advisory is  planned to be a dialogue platform through which trade and investment between the EAC and Germany can be improved.

The EABC delegation will be lead by Christopher Bazivamo, the EAC Deputy Secretary General, Productive and Social Sector and Jim Kabeho, the EABC Chairman.  Members of the delegation will have the opportunity to speak on a panel at the German-East African Business and Investment Day; strengthen their network with potential business partners and clients in Germany and also visit Federation of German Industries (BDI) headquarters in Berlin.