August 17, 2018— In September, German container shipping line Hapag-Lloyd, has announced plans to beef up its services between the Arabia Gulf and East Africa with a weekly connection to and from Nhava Sheva, Mundra, Khor Fakkan, Jebel Ali, Mombasa and Dar es Salaam. 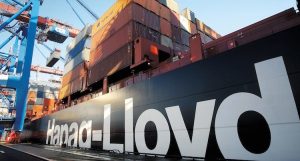 Hapag-Lloyd is the fifth biggest container shipping line in the world with five percent of the market.

In April 2018, Hapag-Lloyd launched the East Africa Service (EAS), its first dedicated service to East Africa. The weekly service sails from Jeddah to Mombasa, and from there to Dar es Salaam, in Tanzania, and directly back to Jeddah. The Hamburg-based company has fleet of 219 container ships and operates in 120 countries, but currently sees Kenya as its most important market in East Africa.

Dheeraj Bhatia, Managing Director Africa, Middle East and Indian Subcontinent for Hapag-Lloyd AG said on Friday, “I am delighted that our East Africa Service from and to Kenya is developing so positively. After only four months in operation, we have significantly expanded our business with overall vessel utilization beyond our expectations. With our upcoming new EAS2 service we will be able to offer even better connections from and to East Africa. All in all we are experiencing growing client demand which demonstrates the economic potential of Kenya.”

Hapag-Lloyd also offers inland transportation to and from East African hinterland locations of Bujumbura (Burundi), Kigali (Rwanda), Lubumbashi (Democratic Republic of Congo), Lusaka (Zambia) and Kampala (Uganda).  With five percent of the market, Hapag-Lloyd is presently the fifth biggest container shipper in the world after Maersk, MSC. CMA-CGM and COSCO.