August 25—The Uganda Electricity Generation Company Limited (UEGCL) has sent a team of 20 engineers and technicians to the Kafue Gorge Regional Training Centre in Zambia in the run-up to Karuma and Isimba dams coming online within the next two years. 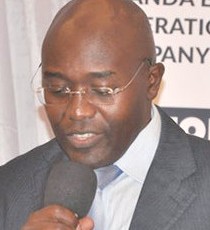 Dr. Mukitanga said operations and maintenance are pivotal to the efficiency of a hydro-electric dam.

“Building hydro-power stations alone may not be the magic bullet in delivering the much-needed electricity. Cognizance has to be given to the operations and maintenance, which is pivotal to the efficient and cost-effective delivery of electricity,” Dr. Eng. Harrison E. Mukitanga, the UEGCL Chief Executive Officer said in mid-week.

Kafue is reputed to be the best hydro-power training facility in sub-Saharan Africa, and provides exposure to the latest developments in operations management and engineering technology.

Currently, Uganda has a short term surplus, but demand is growing annually at 10% which will overturn this status if no new power supplies are forthcoming in the medium term.

Uganda’s peak power system demand currently stands at 500 MW against an installed generation capacity of 851.53MW with a firm capacity of 496 MW that varies in accordance with the prevailing hydrological conditions. Karuma and Isimba will add nearly 800MW virtually doubling present total capacity.

With local personnel readily available, Mukitanga said the generation of electricity will be cost-effective compared to hiring foreign labour. “The cost of generation has a big impact on the tariff, so power must be generated at the lowest cost possible,” he said.

He said UEGCL is ready to handle the operation and maintenance when Karuma with an installed capacity of 600MW and Isimba with 183MW are completed. UEGCL was unbundled from the former Uganda Electricity Board state monopoly during the late 1990s and incorporated into a company in March 2001.

Kafue Gorge was established in 1989, with the support of Scandinavian donor funding, to provide competitive specialized training solutions in hydropower and related fields to electricity utilities in the Southern Africa Development Community (SADC) and sub-Saharan regions. The Centre has been recognised by the Association of Power Utilities in Africa as a Centre of Excellence in Africa.