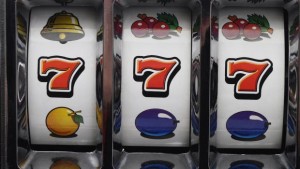 By last count, the industry including slot machines, casinos and betting shops earned the government just over $3 million in taxes.

June 13—Those involved in the betting and gambling market are uneasy about how heavier financial burdens on both players and providers will affect the current enthusiasm especially among young men.

“It is still too soon to see what impact the changes in taxes will mean for us except smaller operators might have to close down due to having less money to pay for overheads like rent. The football season is over until August and that is when we get our most customers, but our loyal people cannot be put off and will continue to gamble however a higher tax on winnings will hurt,” a manager at one of the Kings Betting outlets told 256BN.

Another official at SBA Uganda Sports Betting said, “It is unfair, but we are not popular and our operating conditions are some of harshest yet we contribute millions to the government in taxes.”

The government has introduced a 15% tax on take home income in addition to the 20% that is paid by betting companies on their gross income. Customers will also have to pay a 15% tax on their winnings.

In some Kampala suburbs and during the European football season, you can come across five busy sports betting shops along a short stretch of road with several boda boda (motorcycle taxis) parked outside. It these scenes that worry church groups and prominent educationists. The advantage for the government is that any punitive action against gambling tends not arouse overwhelming public criticism.

“Betting is a bad practice which is addictive. We have complaints from parents who said their children have used school tuition to bet. We do not want betting to become an alternative to formal employment. These young people have a lot of informal work they can do instead of betting,” Doris Akol, the Uganda Revenue Authority (URA) Commissioner General said.

According to figures provided by the National Lotteries Board, over 2000 licensed operators involved with mostly casinos, gaming and pool betting contributed over UGX 11.3 billion (just over $3 million) in financial year 2013/2014. However the business has been booming since then.

Matia Kasaija, the Minister of Finance and Economic Development said although betting companies bring in income to the Treasury through taxation and providing employment, the same companies were taking advantage of poor jobless Ugandans. He said these people are desperate to earn money quickly and often lose even the little they have in betting.

He said, “If betting companies want to continue operating, let them deal with the rich who have money to spend on such things. Involving the poor youth who are losing money while desperate to earn more will only result into more social problems like theft and vandalism.”

“We are hoping this new tax will discourage some of them knowing that they are after all not going to gain much from betting. We need the youth to go out and do more work, start small informal businesses which we are willing to subsidize through favourable taxation and easy access to finances for the youth,” Kasaija said.