KAMPALA,JUNE 9 – Former Libyan ruler Muammar Gaddafi was today one of 650 people that received […] 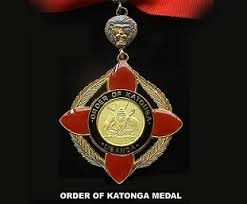 KAMPALA,JUNE 9 – Former Libyan ruler Muammar Gaddafi was today one of 650 people that received medals of honour as Uganda celebrated its heroes day. Alongside president Museveni, Gadaffi was posthumously awarded the “Order of Katonga”, the highest military honor, reserved for people living and dead for their contribution to Uganda’s liberation struggle.

It is named after Katonga bridge, about 8o kilometres south of Kampala, the scene of decisive battles just over thirty years ago as the then rebel National Resistance Army marched on to victory in Kampala.

Designated “Heroes Day” 27 years ago, June 9 was celebrated in honor of of the late Edidian Luttamaguzi one of the commanders of the rebel who was killed by governments troops in Kikandwa village on that after refused to reveal the whereabouts of Museveni who was in concealment nearby.

Gaddafi was honored for his contribution to the NRA struggle and subsequent support in the early years of  the National Resistance Movement government as it fought an insurgency in the north of the country for the better part of 20 years.

Gaddafi was killed on October 20, 2011 in Sirte, as he fought a faction of Libyan rebels that had risen against his  four decades rule over the country.