KAMPALA, APRIL 14 – As Stanbic bank prepares to release if 2015 financials tomorrow analysts are […] 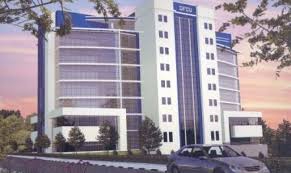 KAMPALA, APRIL 14 – As Stanbic bank prepares to release if 2015 financials tomorrow analysts are arguing that the streak of depressed earnings and rising non-performing assets are more an indication of the effects of the tight monetary policy pursued by the Bank of Uganda over the previous three quarters than the overall underlying performance of the banking sector, experts say.

The central bank eased its monetary policy stance reducing its key rate from 17 to 16 percent last week. The Bank of Uganda’s move came amidst signs of slowing uptake of credit and a rise in the non-performing portfolio across the financial sector.

DFCU’s peers are not expected to fare any better as the industry was exposed to high operating costs emanating from provisions for bad loans and higher interest on deposits. Lenders were caught between a need to reward stockholders while mobilising more deposits through higher deposit rates.

Salima Nakiboneka an analyst with Crested Capital says while NPL’s are likely to rise further as the high lending rates witnessed last year continue to feed into the economy, the banking industry will remain largely stable. The bigger banks will remain buoyant because  they are heavily capitalized compared to their smaller counterparts and they have a strong relationship dealing with major corporate clients, she says.

“I think most banks will take extra caution on the quality of their loan books to avoid a repeat of what happened in 2013 when the tough economic conditions of 2011/12 fully impacted the economy. That said, the situation is unlikely to deteriorate to that level because of the early change in tack on monetary policy stance that Bank of Uganda has adopted,” she says.

Stanbic Bank has already dropped its interest rate by one percentage to 24 percentage points from 25 percent on loans.

“With private sector credit growth at about 20 percent year on year, the industry is still robust,” says George Mulindwa the Portfolio Manager for Stanlib adding that the future promises better prospects than the immediate past because many banks have improved the quality of assets they are writing by being more diligent in appraisal of loan applications.

“The occurrence of NPLs is not unusual within the banking sector, what is critical are the steps taken to manage it, “he says.