April 12, 2018—Just as the agreement to finalise construction of a new refinery has been signed, […] 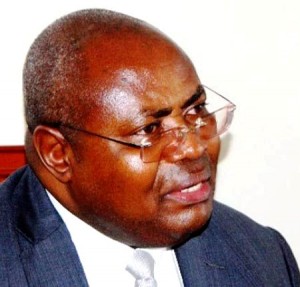 Dr. Bamwine said he is fast-tracking the case by re-allocating the file to another judge.

April 12, 2018—Just as the agreement to finalise construction of a new refinery has been signed, a court case is about to be heard in which affected residents at the planned site are seeking  fair compensation.

“Protesting at the court does not appear to me to be the most appropriate solution to the delay. In my view, fast-tracking its disposal would be a better option. I have in the spirit of fostering its quick disposal re-allocated the file to another judge,” Dr Bamwine wrote in a letter dated March 29, 2018.

The affected people are from Kabaale Parish in Buseruka sub-county in Hoima  District  where the government plans to have the $4 billion refinery built.  During mid-week, the government through the Ministry of Energy and Mineral Development  on Tuesday signed the Project Framework Agreement (PFA) for construction of the Oil Refinery in Hoima District.

The PFA was signed with the Albertine Graben Refinery Consortium (AGRC) which was selected in June last year to negotiate the agreement. Uganda entered the agreement with AGRC to develop, design, finance, construct, operate and maintain of the 60,000 barrel per day refinery.

The signing of the PFA will lead to the commencement of pre-Final Investment Decision (FID) activities such as Front-End Engineering and Design (FEED), Project Capital and Investment Costs Estimations (PCE), Environmental and Social Impact Assessments (ESIA), among others.

In a March 28, 2018 letter, the refinery-affected people informed Dr. Bamwine that 20 refinery-affected women and 10 children representing 7,118 people would camp at his chambers until the High Court starts the hearings without any further delay.

In March 2014 the affected people filed civil suit No. 343 seeking the courts intervention to stop the violation of their rights to prompt, fair and adequate compensation that government was abusing when it began on the compensation process of the refinery-affected people by under valuing their land.

Innocent Tumwebaze, one of the leaders of the group said the delays had frustrated them up to the extent of taking the decision to demonstrate.

“We expected the High Court to handle our case quickly to protect the rights of 7,118 oil refinery-affected people. These people included 3,514 women, 1, 334 children under five, 926 pupils and 408 vulnerable persons including the elderly, chronically ill and persons with disabilities. Any justice-minded Ugandan should have handled our case quickly but the High Court disappointed us,” he said.

He said, “If the courts of law gave attention to their case then the affected people would have been compensated good rate. We filed the case in 2014 when the compensation process had nearly just started (June 2013). We saw how our rights to prompt, fair and adequate compensation provided for under Article 26 of the Uganda Constitution were being violated. We thought that if court quickly heard our case and made a decision stopping the under-compensation and unfair payment of low rates, the majority of our people would receive adequate and fair compensation.”

The group claim they were not given fair value for their land because the valuation methodology set by the Chief Government Valuer (CGV) was ignored by the Ministry of Energy.  They said this resulted in monetary losses for the five affected villages .