August 4—Sudhir Ruparelia, the former proprietor of Crane Bank Limited has denied all accusations raised against […]

August 4—Sudhir Ruparelia, the former proprietor of Crane Bank Limited has denied all accusations raised against him by the Bank of Uganda (BoU), in a fraud case now before the High Court. 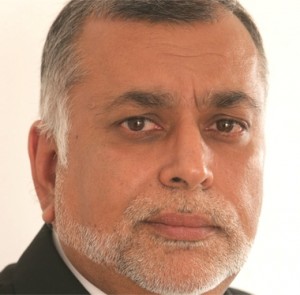 In three years, Ruparelia has come from appearing on Forbes Africa as a billionaire to waiting for a date to appear in court.

In a defense, filed by his lawyers, Kampala Associated Advocates, Ruparelia who at one time appeared on a Forbes Africa cover story for being a dollar billionaire, denied most of the charges against him.

He in turn accused BoU for failing to provide accountability to the Crane Bank shareholders, for the months after BoU seized the bank. He said this is a violation of the Receiver’s fiduciary obligations.

On October 20th 2016, Governor Bank of Uganda, Prof Emmanuel Tumusiime Mutebile announced the takeover saying the bank’s liabilities grossly exceeded its assets and that it was insolvent.

On January 27, 2017, Crane Bank was sold and all its assets and liabilities transferred by the Central Bank, to dfcu Bank. Ruparelia wants to know the details of the sale. He says he intends to compel BoU to reveal particularly the price at which the Crane Bank assets were acquired.

“The 1st Defendant (Sudhir) shall at the earliest opportunity seek disclosure for all documents relating to the agreement between the Receiver and dfcu Bank, and in particular the purchase price of the Plaintiff’s (Crane Bank) assets,” reads part of the document.

Meanwhile, Ruparelia has denied accusations that he caused the collapse of Crane Bank by breaching his duties as a non-executive director, noting to the contrary, that he acted in the best commercial interests of the bank.

He claims during the time he was its non-executive director, Crane Bank expanded from its single branch in 1995 to 46 operational branches, serving over 600,000 customers by October 2016 when Bank of Uganda took it over.

He states that assets grew to UGX 1.8 trillion as recorded in the 2015 annual audited report, making it the fourth largest financial institution in the country. He said the bank only collapsed when its non-performing loan ratio expanded as a result of a slowdown in the economy which affected the businesses of its larger borrowers, and consequently eroding its core capital.