March 22, 2018— The Uganda government has finally agreed terms with the Albertine Graben Refinery Consortium (AGRC) and a formal agreement for the construction of the $4 billion oil refinery at the oilfields in the western region of the country is expected to be signed on Friday, March 23. 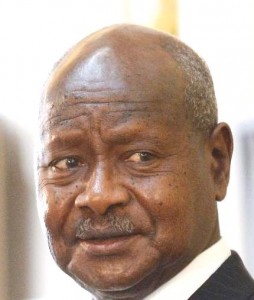 Museveni has always been adamant about having a local refinery in place.

Sources told 256BN President Yoweri Museveni will officiate at the landmark event in a project that has been on the drawing board for the past six years and at one interlude had over 70 international bidders. From the very beginning of the renewed interest in Uganda’s 6.5 billion barrels of crude and an estimated 1.5 to 2 billion barrels of recoverable oil, Museveni has been adamant about a local refinery.

In August 2017, the government announced tentative acceptance of the bid by AGRC made up of General Electric Company’s Oil and Gas division, India’s YAATRA Ventures LLC (US), Intracontinent Asset Holdings Ltd (IA), and Italy’s Saipem SpA. Engineering, Procurement, and Construction will be done by Saipem.

In October 2017, Ado Oseragbaje, the Vice-President and Chief Executive Officer of General Electric Oil and Gas in Sub-Sahara Africa, had talks with Museveni at State House, Entebbe in confidence building exercise to show AGRC’s commitment to the project. The government wants oil production to start by 2020 and an agreement for the $3.5 billion 1,450 kilometre pipeline to Tanga port in Tanzania has already been completed.

The proposed 60,000 barrel refinery is a joint venture with the government, but YAATRA had the task of raising the bulk of the money while the Americans are supplying the equipment and the Italians will construct the whole thing. While the controlling 60% stake is held by the AGRC, Kenya and Tanzania had expressed interest to be part of the venture, initially at 8% and 2.5% respectively. The Uganda government takes up the rest.

Signing of the deal will bring much relief to the government after a number of false starts, notably when a Russian consortium led by Rostec subsidiary, RT Global Resources together with partners Tatneft and VTB Capital suddenly pulled out in 2016, a year after winning the deal.

Late last year, a Chinese consortium led by Guangzhou Dong Song Energy Group Company Limited, fell out in the run-up to a final decision by the government due differences with energy ministry officials over interpretation of ‘preferred bidder’ .