May 8, 2019 in Business, Investment, Land & Agriculture by Editor 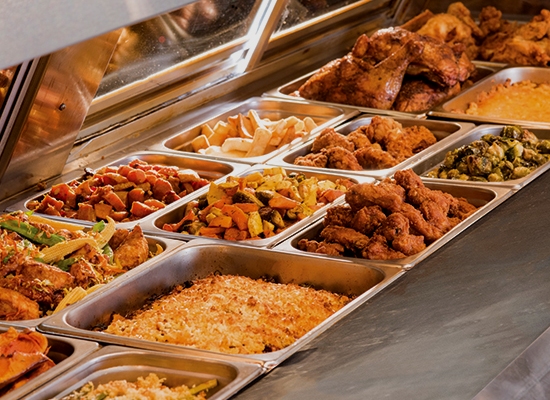 Adherence to all the required health and safety regulations that apply to food is mandatory.

May 8—Concerns about inadequate working capital is forcing farmers, foodstuff suppliers and potential caterers to reconsider […]

May 8—Concerns about inadequate working capital is forcing farmers, foodstuff suppliers and potential caterers to reconsider their chances of winning contracts from the oil companies once production gets fully underway.

In spite of government assurances, others have also expressed doubts over their ability to reach the international standards the oil firms will be demanding to cater for their employees in the oilfields. Commercial production is expected to start within three years.

Speaking during a recent agricultural conference organised by the Petroleum Authority of Uganda (PAU, one farmer told 256BN,  “We were told there was a fund for agriculturists to benefit from the oil and gas sector, however we have been to the banks and no bank is giving out this money. Also from our talks here, it’s clear that they are only a few farmers that will be able to meet the quantity and quality that are needed for this oil sector. We have not well prepared and it looks like it’s already too late,” he said.

At the peak of production, about a million workers are expected to converge on the oilfields in western Uganda and feeding them is a business the government sees local suppliers having a competitive advantage over foreigners. But the challenge for potential Ugandan suppliers is being able to satisfy the numbers involved along with the various tastes. It was made clear that a considerable financial outlay would be needed to have any chance of being awarded contracts.

However officials from the agriculture ministry are telling farmers, produce middlemen, suppliers and agro-processors to form strong cooperatives to improve their chances in winning deals.

The Minister, Vincent Ssempijja said, “Oil is for all of us while agriculture is for you. The proceeds from oil are meant for bigger things like building universities, roads, railways, hospitals and others. However, if you strategize well, you can use farming to earn personal income from the oil sector as it will provide a big market for your products. However, you need to work together to access the market.”

Rosette Kemigisha from Total E&P, but also representing the oil companies at the conference, said there are opportunities specifically for Ugandans in catering, waste management, medical services and provision of security. She however cautioned local suppliers to fully understand what it takes to become compliant, including adherence to all the required health and safety regulations that apply to food.

The Director Technical Support Services at PAU, Penninah Aheebwa said the government has outlined 16 goods and services specifically reserved for that will be supplied by locals.

“However all this will only be possible if we follow the right steps and the first should be registering your companies register on our suppliers data base,” she said. On the list are such items as processed cereal crops, vegetables, fruits, meat, dairy products, poultry, fish, dry foods as well as provision of full catering services.

Resource people invited by PAU went through the major steps foodstuff suppliers will need to take to be pre-qualified. Notable is maintaining the relevant standards and consistency in supplies and services.

Boaz Muzoka, working with Mino Service Logistics, said they have been offering catering services to already established oil camps, but he stressed the difficulty of going into such a business alone.

“It is impossible for a farmer to sell their individual foodstuffs at the camps. These are international companies that follow strict standards. It is much easier if farmers form strong cooperatives that will have stronger bargaining powers in the procurement processes,” he said.