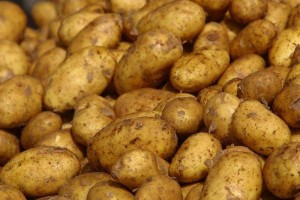 May 31–Rising food prices have nudged inflation above 7% despite the onset of rains in March according to latest figures from the Uganda Bureau of Statistics UBOS).

The question now is whether this will prompt Bank of Uganda to reverse the current trend of reducing the Central Bank Rate (CBR) on which commercial banks benchmark their interest rates. The CBR is set at a level which is consistent with moving core inflation towards the BOU’s policy target of 5 percent over the medium term. It was dropped from 11.5% in February to 11% in April.

“I doubt Bank of Uganda will change it stance on the CBR unless we have a really big rise in June. Core inflation is still within the parameters that allow the current monetary policy measures to continue,” a source at the finance ministry told 256BN.

UBOS says annual food crops inflation rose to 23.1% while fruits inflation went up to 37.2%. Inflation of other goods from 5.1 percent to 5.6 percent, also pushed annual core inflation to 5.1 percent in May from 4.9 percent recorded in the previous month.

An increase in prices of solid fuels  from 4.1 to 6.7 percent also drove Annual Energy, Fuels and Utilities inflation to  increase to 7.0% in May compared to the 5.3% seen in April 2017.