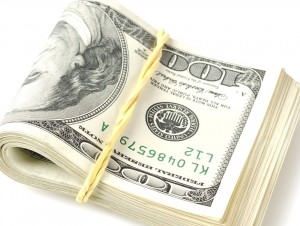 The preferred currency is the US dollar due to its buying power in the local economy and because it is less bulky than the Ugandan cash.

July 12— Jolly Kaguhangire, the Executive Director of the Uganda Investment Authority (UIA), has asked potential foreign investors to stay away from Ugandans who promise they can open all doors and speed up the formal process in exchange for bundles of cash.

She said, “This is a bad practice that is shaming Uganda and making Uganda unattractive for investment, because investors are scared of being conned of their money.”

“It is surprising that every foreign investor in Uganda has about three Ugandans around him promising to give services and get them opportunities from the government,” Kaguhangire said during a investment performance review conference held this week.

She said, UIA continues to receive damaging reports from investors especially foreigners. Numerous Ugandans position themselves as middlemen between the government and the investors, conning them of money in return for supposed meetings with President Museveni or other high ranking officials.

“We are urgently asking investors, foreign and domestic, to avoid these middlemen, because they are not legit. Investment services are free of charge in Uganda and UIA has positioned itself in a way that we are easily accessible. So, there is no need for an investor to go through three people to reach us or the President,” she said.

Kaguhangire said although Uganda has had challenges like corruption, unfavourable economic growth indicators;  it is still among the most favoured investment destinations. She said anything that undermines inward investment serves very few and should be shunned.

“I ask also Ugandans to retrain themselves from such practices, because there Is not much to gain from conning our investors. The better option will be to partner with them by presenting your business ideas and asking for funding instead of extracting money to show them around offices. That is a cheap stunt,” Kaguhangire said.

She said UIA currently has over 76 licensed investment projects. The projected jobs to be created are 19,378 with an estimated total investment value of $246 million.

On the progress of the industrial parks, she said UIA has withdrawn land allocations from 10 non-performing companies in the Kampala Industrial and Business Park (KIBP), Namanve totaling to 52.48 acres and another four companies in the Soroti Industrial Park amounting to 7.5 acres.

This land was reallocated to 12 companies that are to invest in strategic areas of the economy such as manufacture of solar panels, processing of fruit juice and cereals and many others.

Kaguhangire said the newcomers have been put under tight deadlines of 18 months to begin physical development of their plots.

“Another 30 companies in KIBP have been given notice of intention to withdraw allocated land totaling 49.5 acres. This notice will expire with in a period of three months. Failure to take possession of their lands will lead to automatic withdrawal of land,”  she said.