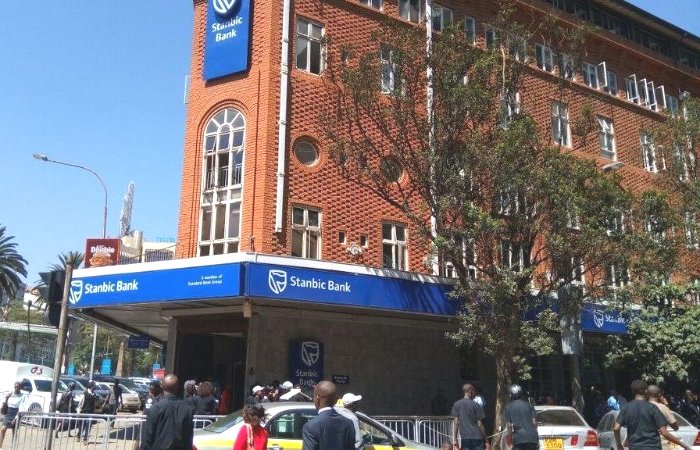 SBG is Africa’s biggest bank by assets, but took a hit in 2019 by virtue of being a 40 pc shareholder in Industrial and Commercial Bank of China/Standard Bank plc (ICBCS).  Chinese bank owns a 20 pc stake the SBG.

Last year, the joint venture investment financing vehicle had to absorb nearly $250 million in losses due to a client going out of business after an explosion at an oil refinery.  For its part, SBG reported a $163 million impairment.

According to a statement issued on Monday, ‘Fitch views that SBK’s IDR should be one notch below SBG’s, if country risks allowed. Following SBG’s downgrade, Kenya’s Country Ceiling of ‘BB-‘ (which captures Fitch’s view of the country’s transfer and convertibility risks), no longer serves as a constraint for SBK’s IDR, which is now rated one notch below SBG. The Negative Outlook on SBK’s IDR reflects that on SBG’s’.

Fitch said despite operating outside SBG’s core market of South Africa, we view SBK as a strategically important subsidiary with a significant role in the group’s pan-African strategy. As one the largest economies in Sub-Saharan Africa and the largest economy in the East Africa Community, Kenya represents an important growth market for SBG. SBK has a long record of supporting group objectives, including through healthy earnings.

Fitch’s assessment of SBG’s propensity to provide support also considers a high level of integration between SBK and the wider group at management level and in the use of common products, risk policies and processes, systems and branding. It also considers a commitment by SBG to ensure that its subsidiaries, including SBK, meet local capital requirements.

SBG has large resources to support SBK, which accounted for only 1.8% of consolidated group assets at end-2019. Nevertheless, the probability of support from SBG is considered only moderate given SBG’s IDR of ‘BB’.