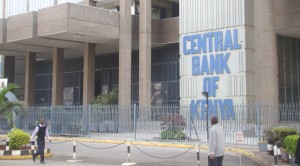 CBK Governor, Dr, Njoroge concedes that the people expected to be helped by the interest cap, are the same ones being hurt the most.

‘We expect the lending cap and the deposit floor to be revised (but not rescinded), although a decision is unlikely before the re-run of the country’s election later this month,’ Fitch said in its latest assessment of Kenya’s credit environment.

Fitch said Kenya’s cap on loan rates and its floor on deposit rates have had a dramatic impact on the spread between banks’ lending and deposit rates, which have halved on average since implementation just over a year ago. The loan cap is also causing banks to reduce their lending to the private sector as they can no longer price fully for higher risks.

When queried on the issue last month, Dr. Patrick Njoroge, the Governor of the Central Bank of Kenya said, “I can’t speculate. I’m a firm believer. We shall go back to where we should be. I can’t tell you when. But I believe the data will show that it is quite damaging to the economy and to our own people. The people that we expected to help are the ones hurting most.”

Rate caps are not uncommon in emerging markets. The Kenyan rate cap is unusual, however, in that it is a blanket rate cap on all loans; in other markets, rate caps typically apply only to specific segments, such as retail lending, generally for the purpose of consumer protection.

Fitch states, ‘All banks saw a sharp reduction in loan spreads after the government capped rates at 4 percentage points above the central bank’s benchmark rate (CBR – currently 10%) for all loans, and placed a floor of 70% of the CBR on deposit rates, leading to falling interest income from loans and rising funding costs. The latest data from the Central Bank of Kenya to end-June 2017 shows a sustained impact since the cap and floor were implemented in September 2016.’

Fitch said small banks are most affected by the cap as they are more reliant on higher-risk/higher-return loans and on those sectors where the loan cap hits hardest; some are finding that their niche business models are no longer viable – a factor behind some recent mergers and acquisitions.

A depositor flight to quality away from smaller banks could increase sector risks. Banks are addressing margin pressure by shifting to high-yielding treasury bills and some have moved customer deposits into transactional accounts not subject to the deposit rate floor.

According to Fitch, the intended benefit to customers of lower interest rates on loans is offset by a slowdown in lending, as banks shy away from lending to higher-risk sectors such as small and medium enterprises (SMEs) and from granting long-term loans.

The reduction in lending has contributed to a rise in credit losses, as some customers are no longer able to get refinancing. The sector’s NPL ratio continued to rise in 2017, ending first half of 2017 at 11%. Profitability is down across the sector, even for the larger banks, despite their stronger franchises.