First of its kind customs meeting to sit in Uganda

February 14—Uganda Revenue Authority (URA) is to host the 4th World Customs Organisation (WCO) Authorised Economic Operator (AEO) Global Conference, the first of its kind regionally and in Africa as a whole, officials said in a statement. 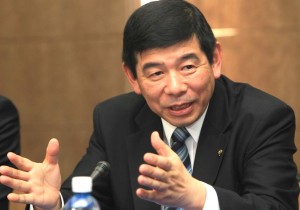 Mikuriya Kunio, the Secretary General of the World Customs Organisation, will be in Kampala during mid-March for the AEO conference.

President Yoweri Museveni is expected to address the delegates at the opening ceremony. Other high profile participants are the WCO Secretary General, Mikuriya Kunio and 17 heads of various customs administrations. The WCO has its headquarters in Brussels, Belgium and maintains the international Harmonised System (HS) goods nomenclature and administers the technical aspects of the World Trade Organisation (WTO) Agreements on Customs Valuation and Rules of Origin.

AEO is a trade facilitation program, which URA uses to ease trade. Under it, businesses which comply with customs laws and regulations receive preferential treatment for instance, fast clearance of their goods through simplified procedures and reduced inspection.

According to the URA statement, ‘Promotion of Mutual Recognition of AEOs to Strengthen and Secure Global Trade’ is the theme of the event scheduled for March 14-16, 2018 at the Kampala Serena Conference Centre.

It will be organised in conjunction with WCO and supported by Korea Customs Service and Huawei, as a corporate sponsor. Over 800 delegates from 169 countries are expected to attend the meeting, which will discuss trade facilitation initiatives like AEO.

According to acting Commissioner General, Patrick Mukiibi, choosing Uganda to host was hinged on its customs and trade facilitation achievements.

URA Commissioner Customs, Dicksons Kateshumbwa said it is an opportunity to “hear and learn about the successes and challenges of customs administrations.”

Currently, the AEO programme is being implemented by most of the WCO member countries. There are 77 AEO programmes worldwide. Regionally, all the five East African Community countries (Uganda, Kenya, Burundi, Rwanda, and Tanzania) are implementing AEO at national level and regional level.

Apart from AEO, Uganda has implemented the other trade facilitation initiatives such as the Single Customs Territory, One Stop Border Post (where goods and passengers processed once at borders), Regional Electronic Cargo Tracking System, (used to track cargo along the Northern Corridor in Uganda, Kenya and Rwanda), Document Processing Centre (coordinated processing of all clearances through the centre) and the Uganda Electronic Single Window (which offers a platform in which parties involved in international trade can lodge standardized information and documents at a single point to fulfil all import, export and transit related regulatory requirements).

Alongside the conference will be an exhibition where URA initiatives, RECTS, Single Window and others will be showcased, officials said, adding that Uganda Tourism Board, Uganda Wildlife Authority and tour operators are expected to participate.

Uganda Tourism Board Chief Executive Officer, Steven Asiimwe said the meeting would be an opportunity to promote Uganda’s unique flora, fauna and landscape.

Past WCO/AEO conferences were held in 2012 and 2014 in Seoul, South Korea and Madrid, Spain respectively and Cancun, Mexico where the 3rd conference was held in 2016.