May 23, 2018— Keith Muhakanizi, the  finance ministry permanent secretary, has said there is need for […]

May 23, 2018— Keith Muhakanizi, the  finance ministry permanent secretary, has said there is need for Uganda to progressively reduce on the tax exemptions given to different companies and institutions as crucial to increasing domestic revenues. The government wants to raise just over UGX14 trillion (almost $4 billion) in taxes by the end of this financial year next month. 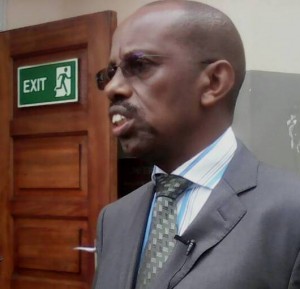 Like many other countries in East Africa, Uganda offers tax exemptions to foreign investors and Muhakanizi thinks this trend must end.

“Our biggest problem is the contradictions of our political systems. If we are to collect enough taxes, we must be bold enough to tax every body regardless of the political consequences,” he said. For almost two decades now, the government has offered tax exemptions, particularly to new investors, as an incentive to attract business and ease widespread unemployment.

The International Monetary Found (IMF) does not approve of tax exemptions. The general view is that exemptions and preferential treatments in tax systems are a pervasive source of revenue loss. However, despite an acceptance by top technocrats in the finance ministry of this position, they are largely powerless to effect change when leading government policy-makers see tax holidays as a competitive tool to sustain both foreign and local investment.

Muhakanizi said that for Uganda to be able to achieve  at  least 15%  tax revenue to Gross Domestic Product (GDP) ratio, everyone must pay taxes including all politicians and religious leaders. The present ratio  is about 13 pc to 14 pc, but four years ago, the government promised the IMF to cause an improvement in the tax revenue to GDP ratio by 0.5 pc each year.

“It is very wrong for leaders to exempt themselves from paying taxes while encouraging other people to pay taxes. Everyone including the President, the judges, the civil servants and everybody else must pay taxes so that we are able to collect enough. If you are earning more money, you should pay more taxes than me and nor vice versa” Muhakanizi said.

The PS was speaking on the sidelines of a World Bank event to launch the 11th edition of the Uganda Economic Update which highlighted the urgency of increasing domestic revenues. Although Uganda can finance the larger part of its recurrent expenditure, much of the money for development projects comes from foreign donors and of recent China is the leading creditor.

According to the report, Uganda only collects 14 pc of its GDP in both taxes and non-tax revenue which is insufficient to finance developments.

According to Rachel Sebudde, a senior economist at the World Bank Country Office, Uganda has the potential to increase domestic revenues and strengthen the tax system beyond 20 pc of the GDP over the medium term by reducing tax exemptions, broadening the tax system and improving tax administration.

Moses Misach Kajubi, a senior public sector Specialist at the World Bank Country Office said there is need for government agencies to show more accountability to the public as this will encourage voluntary tax payment. “Creating a robust social Contract, achieved through effective service delivery and value for money from public investments, could enhance voluntary tax compliance” Kajubi said.

Recently the government proposed a one percent levy on all mobile money transactions (total volumes 2017 topped $14.5 billion),  use of social media while the Uganda Revenue Authority is stepping up pressure on all landlords to pay rental tax after years of widespread non-compliance.