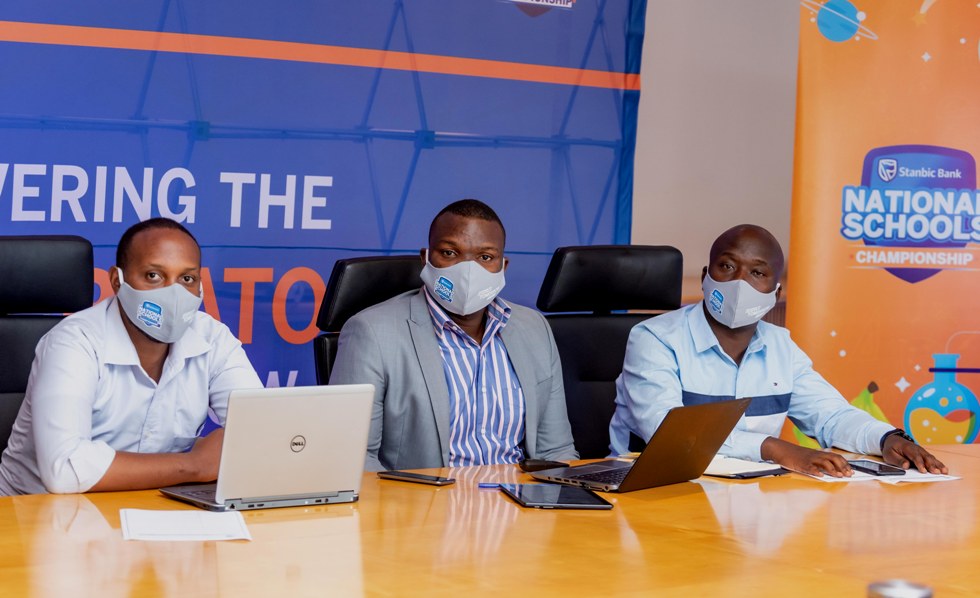 The panel of judges composed of business analysts who were involved in the rigorous screening process in which a total of 532 business idea profiles, 28 finalists were selected, comprising of 20 schools, four NSC alumni and four patron teachers.

The business ideas included among others, commercial rearing of lab rats, production of flavoured shea butter and shoe vera – a polythene material to extend shoe life.

Speaking during the announcement recently, Barbara Kasekende, Stanbic Bank’s Corporate Social Investment Manager said, “As a bank, it’s our responsibility to identify amazing ideas, and provide the necessary resources and environment for them to grow into sustainable businesses. Since Uganda has one of the youngest populations in the world, what better place to start than with students?”

Kasekende said, “The business idea generation stage is the second stage of the NSC 2021. It followed an online quiz in which over a record number of over 2000 students, teachers and members of the general public participated in a 40-question challenge on life skills, personal finance, business and entrepreneurship.”

The finalists of the business idea generation stage will participate in a regional business plan presentation competition in June, at which they will pitch their ideas before a panel of business judges in their respective regions in north, east, west and central Uganda, after which regional winners will be selected to proceed to the national finals.

She said, “There is a critical need for such skilling, not only among students, but also teachers and the general public. Through the National Schools Championship, we are aiming for systemic impact beyond individuals, families and schools, to entire communities and the country as a whole, because Uganda is our home and we drive her growth.”

The Stanbic National Schools Championship was started in 2015 as a corporate social investment programme aimed at equipping students with knowledge and skills not taught in the classroom. These included personal finance, life skills and business management, on the theme ‘empowering the job creators of tomorrow’. Since then, over 180 schools have participated in the Championship, over 20 businesses have been set up by students and the Championship is directly contributing towards eight United Nations Sustainable Development Goals.

Each region produced finalized four schools competing against. Over 28 finalists were selected are indicated below;