Fears for financial inclusion if Momo tax is introduced

April 21, 2018 – Uganda could suffer a reversal of gains made towards financial inclusion if […] 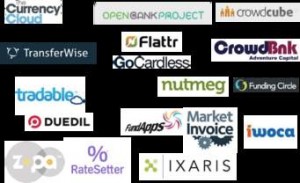 April 21, 2018 – Uganda could suffer a reversal of gains made towards financial inclusion if the government goes ahead to implement a proposed levy on mobile money transactions.

Among new tax measures that have been floated to plug a widening revenue gap, finance minister Matia Kasaija is expected to include 1pc in excise duty on the value of mobile money transactions.

While the industry fears the tax will reduce the uptake of mobile money services and adversely affect their businesses, financial experts warn of negative fallout across the economy.

According to a brief on the matter by the Financial Sector Deepening secretariat that 256BN has seen, the impacts are likely to manifest through a reduction in the velocity of money and liquidity of mobile money agents, a fallback in the efficiencies government had registered in revenue collections and business payments; a reduction in transparency and increased risk for payments across public and private sector players and increased uncertainty for survival of the emerging financial technology sector.

“Taxing every mobile money transaction -sending, payment, receiving and withdrawing- as proposed in the tax may disincentivize growth in mobile money transactions and ultimately result in a reduction in the velocity of money in the economy,” the secretariat says describing money velocity as the ability of money to move between different parties which facilitates economic activity that translates into economic growth.

“A reduction in the velocity of money will hamper economic activity and ultimately slowdown economic growth,” the secretariat further argues warning that mobile money agents could see their costs go up when they send money back and forth with each other to maintain floats.

FSDU Uganda says that curbing this float rebalancing behavior will result in significant liquidity challenges across mobile money networks hence affecting the profitability and long-term viability) of the more than 60,000 mobile money agents in the country. This will have a knock-on effect in rural areas where withdrawals are the dominant mobile money activity.

Government and businesses will not be spared the impacts either since delivery of bulk payments to the lower income segments in a timely and cost-efficient manner through mobile money could be affected.

On the other hand, the effective tax on deposits, transfers and withdrawals could reduce the already low payments being received by the end users. Likely to be hit directly are government plans to use Mobile Money for payments to the elderly, the vulnerable and even refugees.

FSDU concludes that the proposed tax may curb the use of digital payment channels in effect impeding government transparency initiatives in revenue collection. The secretariat reasons that because payments using mobile money leave a digital trail, its use had significantly reduced reporting and other administrative costs of NGOs, government, businesses and other players.

“The requirement to provide identification at sim card registration had started to drive down fraud and money laundering through the financial systems. By introducing the proposed tax, there is a risk that all these players could revert to using cash (because of the cost), thus increasing fraud incidences and supervision cost.”

Another unintended consequence could be a slowdown development of the Uganda Financial Technology sub-sector which is conceived to be the engine for the growth of digital financial services. Because Fintech firms rely on mobile money as a platform for innovation any increase in the he cost of mobile money transactions will adversely affect innovation.

“However, an increase in fees that will result from the proposed tax could make adoption of mobile money especially in lower segments much more difficult. Though wealthier users may be able to absorb this additional cost, lower income users – 61pc of MTN mobile money users transact less than 45,000 per transaction – may struggle to do so,” FSDU warns.

Projections show that while farmers currently use mobile money to facilitate 53.5pc of their annual payments, imposing the 1pc transactional levy will see this number drop to just 5.9pc, primarily to buy airtime and transfer money to friends and relatives. Higher value services such as paying school fees will become unaffordable.