KAMPALA, NOVEMBER 14-The admission by an operative of the US Department of Homeland Security that he managed […] 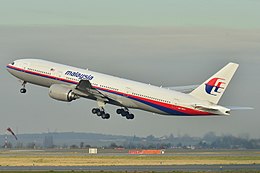 KAMPALA, NOVEMBER 14-The admission by an operative of the US Department of Homeland Security that he managed to hack into an airliner parked at a US airport last year, highlights the cyber security threats modern aircraft are exposed to, even as it is likely to revive debate over the fate of Malaysian flight MH370 that disappeared without trace in the Indian Ocean three years ago.

Speaking at a cyber security summit in Virginia November 8, Robert Hickey, a cyber security expert working with the US Department of Home Security made the startling revelation that he had been able to hack the internal systems of a Boeing 757 that was parked at Atlantic City Airport without help from anyone on board the aircraft.

“We got the airplane on Sept. 19, 2016. Two days later, I was successful in accomplishing a remote, non-cooperative penetration,” Hickey said boasting: “I didn’t have anybody touching the airplane, I didn’t have an insider threat. I stood off using typical stuff that could get through security and we were able to establish a presence on the systems of the aircraft.”

Hickey’s revelations are likely to raise debate over the March 8, 2014 disappearance of a Malaysian Airlines Boeing 777-200 with 227 passengers. The aircraft that had departed Kuala Lumpur Airport in Malaysia for China’s Beijing Capital International Airport.

The specifics of how he managed to hack through the aircraft’s systems remain classified. But he said although newer generation aircraft such as the Boeing 787 and the Airbus A350 have better cyber security, as much as 90 percent of the in service fleet of airliners are as vulnerable to hacking as the B757.

Although pilot suicide has been advanced to explain the disappearance of MH370, some people including no less a figure than Emirates Airlines President Sir. Tim Clark have suggested that B777-200 was remotely high jacked and diverted crash into the Indian Ocean after it ran out of fuel.