KAMPALA, APRIL12 – The softening global economy should be an opportunity for Uganda and her sub-Saharan […] 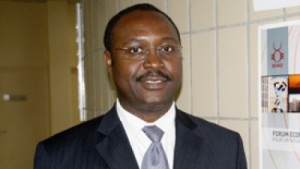 KAMPALA, APRIL12 – The softening global economy should be an opportunity for Uganda and her sub-Saharan counterparts to build the resilience by carrying through necessary reforms, argues Albert Zeufack the World Banks incoming Chief Economist for Africa.

Economic growth in Sub-Saharan Africa slumped to 3 percent in 2015 as the region got caught in the whirlpool of plummeting commodity prices and weak global growth the World Bank reports in Africa’s Pulse, its twice-yearly analysis of economic trends and latest data for the region.

Forecast at 3.3 percent, Sub-Saharan Africa’s growth will barely recover in 2016 before inching towards 4.5 percent in 2017-2018 the Bank projects. The price of oil fell 67 percent between June 2014 and December 2015 – dampening growth in emerging market economies, further compounding the region’s economic fortunes.

But speaking during the report’s launch April 11, Zeufack says far from spelling a doomsday scenario, the current crisis provides countries in the region an opportunity to address the macro-economic imbalances created by these headwinds.

“Africa is resilient but we need to to take the time to assess the difficulties the continent is going through and organize to live up to these challenges,” he said.

Although countries such as Uganda largely scraped through with a minimal penalty on growth, the Banks says in many cases the impact of lower commodity prices was compounded by domestic conditions such as electricity shortages, policy uncertainty, and drought and security threats.

Uganda like, like its counterparts such as Côte d’Ivoire, Kenya, Rwanda and Tanzania were able to maintain positive growth partly because they are not commodity dependent and maintained a proactive policy environment. Falling commodity prices also lowered their import bill and helped moderate the exchange rate.

But the Bank warns that the times ahead are still uncertain. “The external environment confronting the region is expected to remain difficult. In a number of countries, policy buffers are weaker, constraining these countries’ policy response. Delays in implementing adjustments to the drop in revenues from commodity exports and worsening drought conditions present risks to Africa’s growth prospects,” the report says.

Countries will need to examine ways of increasing domestic revenue mobilization to make up for the gap created by the fall in commodity prices.

”As countries adjust to a more challenging global environment, stronger efforts to increase domestic resource mobilization will be needed. With the trend of falling commodity prices, particularly oil and gas, it is time to accelerate all reforms that will unleash the growth potential of Africa and provide affordable electricity for the African people,” says Makhtar Diop, World Bank Vice President for Africa.

“Commodity price drops have lowered Africa’s terms of trade in 2016 by an estimated 16 percent, with commodity exporters seeing large terms-of-trade losses. Across the region in 2016, the impact of this shock is expected to lower economic activity by 0.5 percent from the baseline, and to weaken the current account and fiscal balance by about 4 and 2 percentage points below the baseline, respectively.

However Jean-Pascal Nguessa Nganou, the World Banks’s Senior Economist for Uganda says declining oil prices are an opportunity for Uganda to fix institutional shortcomings before it transitions to oil production.