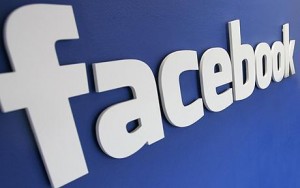 The company wants to work more closely with African enterprises that use its platform.

April 5–The number of people connected to Facebook across Africa has grown to 42% to over 170 million monthly active users since 2015.

According to top officials of the social media behemoth, which has over one billion global members, of these in Africa 94% come back on mobile.

“Since we first established a direct presence in sub-Saharan Africa in 2015, Facebook has grown from strength to strength,” Nunu Ntshingila, the Regional Director, Africa, Facebook said.

Facebook has re-located its Johannesburg offices to a new complex, creating a home for the company to work with its partners to boost innovation and provide an African home for the Facebook culture. The new office will continue to provide support to Facebook advertisers, application developers and other key partners across the continent.

Ntshingila said, “We have enjoyed working closely with entrepreneurs, partners, developers and small businesses as they have used Facebook as a platform for growth. It’s inspiring for us to learn from the continent and to play a role in helping people and organisations connect with the world.”

Carolyn Everson, VP Global Marketing Solutions said, “Facebook is deeply committed to Africa, a mobile-first continent where seven in 10 of all connected people use the platform.”

She said, “Many people in Africa are coming online for the first time, unleashing new possibilities for people and businesses alike. We’re also seeing growth of small and medium-sized businesses that are driving economic development, companies that Facebook wants to help grow locally and regionally across the continent. Our new offices are part of our ongoing commitment to invest in the African market and work with innovators across our key target countries.”