November 9, 2018 in Business, Companies by Editor

November 9,2018 – Uncertainty surrounds the future of computerised driving permits in Uganda as the Ministry […] 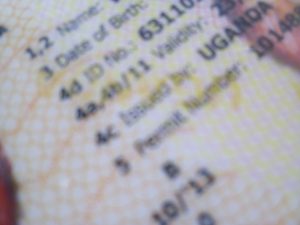 November 9,2018 – Uncertainty surrounds the future of computerised driving permits in Uganda as the Ministry of Works prepares to take over the process from contractor Face Technologies at the end of next month.

According to sources, the South African firm that in 2016, secured a two year extension of its contract has been told that there are no prospects for renewal and wheels for a handover of all associated infrastructure by the end of the year have been set in motion .

Face Technologies secured the concession to digitise the issuance of Ugandan driving permits in 2006 under a ten year build, operate and transfer contract. Although that contract ended in 2016, the firm pleaded for an extension saying it had not yet recouped its investment. A two year extension was granted alongside an increase in permit fees.

The company’s local representatives refused to comment on the reports, instead referring this news site  Mr. Winston Katushabe, the Commissioner for Transport in the Ministry for Works and Transport.

“We are not mandated to comment on contractual issues, only headquarters in South Africa can speak about that,” said an official who referred us to the Ministry of Work.

Mr. Katusabe did not answer our repeated calls.