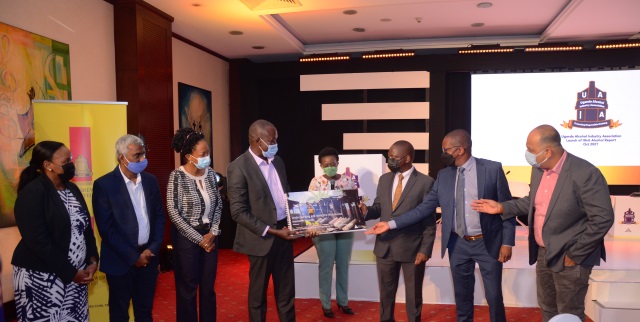 Uganda is losing UGX 1.6 trillion in potential tax revenue annually thanks to a booming illicit […]

Uganda is losing UGX 1.6 trillion in potential tax revenue annually thanks to a booming illicit alcohol market that accounts for 65pc of the volume produced and half the market. A report released this week by the Uganda Alcohol Industry Association, says a combination of lax enforcement of the governing the production and sale of alcohol, as well as easy access and the low prices for illicit brews, have seen that market segment grow 9pc over the past three years.

Titled Understanding and Sizing Illicit Alcohol Consumption in Uganda, the report’s conclusions are based on findings by independent strategic market research provider Euromonitor International, which conducted a survey in the country this year. Euromonitor conducted an extensive review of publicly available secondary resources, retail channel observations and opinions from multiple stakeholders to identify where and how illicit alcohol is sold, distributed and consumed as well as its socio- economic impact on society.

Speaking during the launch of the report, junior finance minister David Bahati, expressed shock at the level of revenue leakages arising from government failure to enforce of the existing if lax laws such as the Enguli act which prohibits the manufacture and consumption of illicit gins without a licence.

“We shall relook at this law and seek to update it in enforcing the production and sale of alcoholic beverages to prevent the issues we have heard today that are attributed to the consumption of unregulated alcohol like health issues and importantly the loss of revenue to government,” Bahati said stressing the social penalty from failure to capture revenue from bootleg producers of alcohol.

According to the report, the current penalties and punishment stipulated in the act do not provide a sufficient disincentive to curb regular or new players in the production, sales and smuggling of illicit alcoholic drinks. The punishments imposed such as paying of fines are considered worth the risk by the offenders. Coupled with inadequate enforcement, illicit traders to continue to operate, distributing their goods across formal and informal channels. Illicit alcohol is widely sold directly from private households which are involved in the production, as well as consumption of these beverages.

The market for illicit alcoholic drinks by measured by value, was growing at 18.3pc annually between 2017-2021. The compound annual growth rate (CAGR) rose from USD577.8 million in 2017 to USD956.8 million in 2020. Over the same period, consumption of illicit alcohol increased at a 9.1pc CAGR, driven by high inflation rates, low disposable incomes, poverty and a lack of regulation enforcement.

Alcohol industry lobby chair and Director for Corporate Affairs at Nile Breweries, Mr. Onapito Ekomoloit,  bemoaned the heavy toll that the thriving illicit alcohol trade was exacting on formal players. They have to shoulder an ever-rising tax burden and regulatory measures that are not fairly distributed yet the sector that is taking the most out of this trade goes unregulated and untaxed. 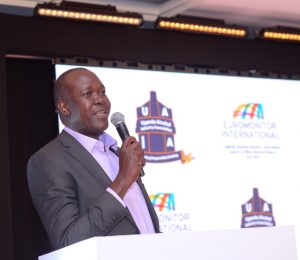 “The scale of illicit alcohol is often underestimated, making the formal sector an easy target for regulatory bodies; a disproportionate blame for alcohol related harm and the resultant punitive taxation regime. Illicit alcohol currently makes up 65pc of the total market volume. That means the rest of the industry players make 35pc and yet, we are among the top 10 tax payers in the country due to the heavy taxation imposed on our products. A fairer, more balanced approach on equitable taxation of the industry would have positive ripple effects across the entire value chain. It would mean we are able to support more farmers, invest more in our industries and create more employment opportunities across the board,” he lamented.

Onapito also said that while the digital tax stamps had resulted in a significant reduction in the importation and sale of illicit spirits over the past year, proposed changes under the 2021 Amendment of Excise Duty Bill would lead to a spike in retail unit prices for spirits, beer and other alcoholic drinks which would make legally produced alcoholic drinks even less affordable. That would drive more consumers to embrace illicit brews, he warned.