August 23, 2018—Ethiopian Airlines, Africa’s biggest and most profitable carrier, has signed a $30 million deal with the Zambian government to help revive Zambia Airways which has been absent from the skies for well over 20 years. However no specific details of the investment plan were made public, but the first flight is set for January 1, 2019. 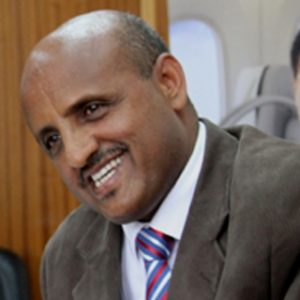 Plans are for the new airline to operate 12 aircraft and carry over 1.9 million passengers by 2028 with IDC holding 55 pc equity in the carrier while Ethiopian Airlines holds 45 pc. Zambia will join Nigeria and Uganda whose governments want to revive national carriers. Tanzania has already taken delivery of its Boeing 787 Dreamliner to begin expansion of international services.

Recently Ethiopian Airlines reported a$245 million net profit on revenues of $3 billion in 2017. There are unconfirmed reports the Ethiopians are also interested in the venture to get Nigeria’s national carrier back into the skies again.

According to an official statement, Zambia Airways will launch local and regional routes while the intercontinental routes including Europe, the Middle East, and Asia will be added in the near future.

“The establishment of the national airline will spur growth in the tourism sector and will have a significant multiplier effect on job creation through the different businesses in the aviation supply chain such as hotels, restaurants, travel agencies, publishers, and others’, the statement reads in part.