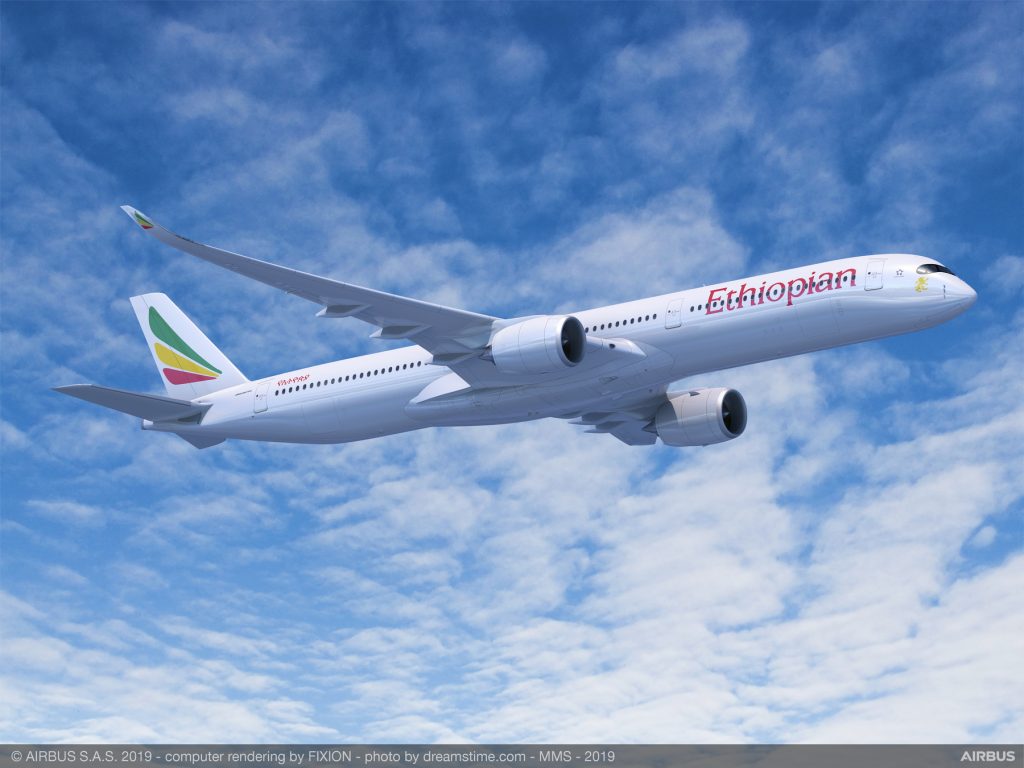 It might not be a completely new order, but today’s announcement by Ethiopian Airlines Group, converting […]

It might not be a completely new order, but today’s announcement by Ethiopian Airlines Group, converting four of its outstanding order for six A350-900, to the larger 1000, shows satisfaction with the type and hedging against market risk by Africa’s most successful airline.

With this move, Ethiopian becomes the first African customer for the largest variant of the A350 Family, the A350-1000.

“We are delighted over the upsizing of the A350-900 on order to the largest variant, A350-1000, that helps us stay ahead of the curve in technology. The A350-1000 is the best fit for our dense routes, and we believe that the upsizing will be instrumental in satisfying the increasing demand of customers in our vast global network across five continents. We will continue on keeping ourselves abreast of aviation technology advancements to enhance our service and fulfil customers’ demand,” said Ethiopian Airlines Group CEO Mr. Mesfin Tasew.

Ethiopian is a recent Airbus customer, having only purchased its first Airbus aircraft in 2013, with an order for 14 A350-900’s. A repeat order took the tally to 22. With best-in-class technology features such as the stall protection system, the aircraft has since become popular with the airlines crews. At the Dubai Air show last November A350 crews described the A350 as an aircraft that “cannot stall.”

“We are proud of our strong partnership with Ethiopian Airlines – the first airline in Africa to order and operate the A350-900. In another first, Ethiopian Airlines is once again leading the way in Africa’s aviation sector by introducing the A350-1000, the largest version of the world’s most efficient and technologically advanced passenger aircraft.” said Mikail Houari, President, Airbus Africa and Middle East.

With a range of 8700 nautical miles and a nominal seating capacity of up to 384 passengers in a two-class configuration, Ethiopian found the aircraft to be a better fit for its longer and dense routes into Asia and the America’s.

The decision also cements Ethiopians position as the technology trendsetter on the continent that is often the African launch customer for new products from the Airbus- Boeing duopoly.

After supplanting the gulf-carriers to become the biggest connector between Asia and Africa, Ethiopian has seen huge growth on a number of its intra-African routes,  with services to west-African now mostly operated by twin-aisle aircraft such as the A350-900 and the B787.

For now, the choice of the A350-1000  for near-term passenger growth and an  order for five B777 freighters  that was announced  in May, suggests that the carrier has split its order between the two manufacturers, opting for the most efficient solution for both ends of the business.