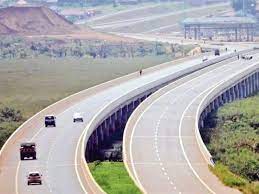 Operations of the Entebbe-Kampala Expressway toll gates will go live on January 1, 2022, following the […]

Operations of the Entebbe-Kampala Expressway toll gates will go live on January 1, 2022, following the conclusion of formalities and the setting of tariffs, the Ministry of Works and Transport announced today.

User tolls start at UGX 5000 per trip for small cars, maxing out at UGX 18,000, Works and Transport Minister General Edward  Katumba Wamala said.  The 51km expressway was completed in 2018 at a cost of USD 476 million. USD 350 million of this was a loan from China Exim that will be paid from part of the money that will be recovered from users.

The road will be operated and managed by French engineering group EGIS SPA that will use part of the toll to maintain the highway. The operate is expected to install lighting along the entire length of the highway, install signage, secure the corridor through fencing and run around the clock security and emergency services.

“The anticipated commencement date for tolling operations is 01 January 2022. Between now and the commencement date, UNRA and the Operator shall be testing the system and carrying out sensitization campaigns to enable the motorists obtain the electronic cards and familiarize themselves with the tolling system,” Katumba said.

Only the Presidential convoy and emergency vehicles such as ambulances and fire tenders are exempt from the toll.

This is the first of three toll roads that are under development to address movement along congested arteries between the capital and major gateways to the east and west. Construction of the 30km Busega – Mpigi Expressway is underway while procurement for another Expressway between Kampala and Jinja is ongoing.