MultiChoice Uganda MCU, recently announced they were putting the world’s most popular soccer league the English […] 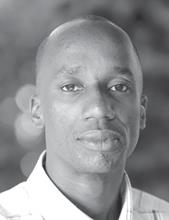 MultiChoice Uganda MCU, recently announced they were putting the world’s most popular soccer league the English Premier League (EPL), back on Compact plus with the return of Super Sports 3 on the bouquet. The move comes four months after the EPL was moved from compact plus to the Premium bouquet.

Charles Hamya the GM MultiChoice Uganda explains why this was done and talks about some of the up-coming attractions on DStv and the promotional offers MultiChoice has specially packaged for the Ugandan public during the festive season.

Why has MultiChoice returned the EPL to the Compact plus bouquet?

The end of year is a period of fun, enjoyment and relaxation for family and friends, as MultiChoice we felt we should spread the festive spirit by giving our subscribers on compact plus an early Christmas present by bringing back the premiership to a bouquet which so many people across the country appreciate. And we didn’t stop there, as an added bonus we have decided to keep the premiership on compact plus beyond the festive period through to the end of the soccer season in May 2016.

How many EPL matches will compact plus subscribers be able to watch and which are the big ones they should look out for?

Subscribers will be able to watch the bulk of the matches, within the package and will be guaranteed all the live games per week plus highlights of all of the matches and build up shows. As regards specific games we will be showing many big clashes including, Arsenal vs  Man City on December 21, Man Utd against Chelsea on the 28th of the same month, Arsenal vs Liverpool on January 13, 2016 and Liverpool vs Man Utd, on January 17, 2016. Among many many others which are too numerous to mention here.

In addition to the EPL is there any new content or channels DStv subscribers on compact plus should be looking forward to?

Yes there is, La Liga from Spain another of the world’s top leagues featuring top players including multiple Ballon d’Or winners Messi, Ronaldo as well as nominees Naymar Jr. and Gareth Bale will be available on SS 5. This means as DStv we are now offering what are undoubtedly the world’s two biggest and most popular leagues exclusively live to our compact plus subscribers at no extra cost. So it’s really a value addition.

On that point is it true some pay television companies charge extra for premium sporting content?

I cannot comment on what the others are doing, what I can say is that with MultiChoice you get quality and value with no hidden costs.

In October you launched a promotion that saw your company reducing the price of the full decoder’s kits by as much as 60 % to only 130,000 how has that promo gone so far? And are any of the promotional DStv kits still available?

The campaign is progressing well. A number of customers have responded positively to our offer. We encourage more customers to take advantage of the price reduction and purchase the discounted DStv kits this season. We are glad to announce that we still have a reasonable amount of promotional product left and encourage anyone who wishes to take advantage of the offer to come and buy while stocks last.

Many Ugandans already own a dish and decoder and just wish to upgrade to an HD decoder which you are selling as part of the promotional package, will they have to buy both to take advantage of this offer?

It’s targeted at customers who want to upgrade their decoders from other providers to DStv. We have heavily discounted our HD decoder only which we are selling at 85,000 shillings to enable the process of customers connecting to our service with their current dish. This will allow them to enjoy the fantastic picture and audio quality available on our ever expanding HD channels.

Many Ugandans complain your prices are still too high, what is your take on this?

The DStv monthly subscription of the various packages reflects the actual value that our subscribers would derive from our services and the current market conditions particularly a weak shilling against the US dollar. Each package provides value for money in terms of quality of content and number of channels for the money paid. Our Access package for example which has over 60 channels and goes for only 38,000, no one else on the market offers that many quality channels at that price. The others Family has 70 Channels at UGX 73,000, Compact has 80 channels at UGX128,000, Compact plus has 90 Channels at UGX 225,000 and Premium 120 plus channels at UGX 334,000.

What new development or innovations can we expect from MultiChoice over the next 12 months?

2016 will be an exciting year in the video entertainment industry. On the programming front subscribers can forward to exciting sporting action exclusively on SuperSport such as the AFCON tournament, Olympics 2016, Euro 2016 and major football leagues amongst others. We are also pleased that 2016 will bring on additional local channels on our DStv platform demonstrating our commitment to expanding our local content offering. Through Express from the US subscribers can brace themselves for 24 hour broadcast turnaround of exciting series on DStv such as Grey’s Anatomy, How to Get Away with murder, Scandal etc. In terms of innovation subscribers can look forward to new ways we will service them by rolling out more  new and convenient payment platforms to ease the customer experience. The rest of Uganda will migrate from analogue to digital television after a successful rollout of Kampala and its environs in June 2015 and our robust network reach and affordable price points will cater to subscribers who want to join the DStv or GOtv family. It’s going to be an exciting year and we look forward to experiencing it with our esteemed subscribers