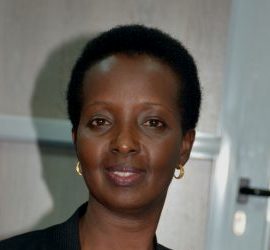 Kagina said the successful bidder will be expected to prove that they can cover just over half of the total costs of the project.

September 4, 2018—Eight companies have submitted pre-qualification documentation to the Uganda National Roads Authority (UNRA) to build the proposed 90 kilometre Kampala-Jinja Expressway (KJE). Initial estimates puts the cost at just over a billion US dollars and it is designated for a road-toll concession.

Allen Kagina, the UNRA executive director said on Monday, “The company that will take this contract should have 20 pc of the $600 million in equity and also be able to acquire the remaining 80 pc in loans.”

Senior UNRA officials said the process of acquiring ownership of land where the dual carriageway is supposed to pass and the process should be complete by December 2019 with construction expected to start in early 2020.

Kagina said having bidders in place is a step towards the procurement of the developer of the KJE Public Private Procurement (PPP) project that will see government and the private sector providing financing. Works are expected to be finished in five years from the time of procurement.

According to Kagina, contracting a developer will be done in two stages. First comes pre-qualification of bidders where UNRA with help from international advisers will select the most experienced capable consortium from the eight bidders based on the requirements of the pre-qualification documents. At the second stage, UNRA will invite the contractors that will have qualified from the first stage to submit proposals based on the requirements of the request for proposal documents. Its from these proposals that UNRA will select the final developer.

The 95 km KJE with a price tag of $1.1 billion will be the first project to be procured under the PPP where the contractor is expected to invest in $600 million recoverable in 30 years. The remaining $400 million will be provided by government with help from the development partners that include African Development Bank, African Union, and French Development Agency. The International Finance Corporation has also been involved in funding consultancy for the project.

Kagina said, “We have adopted the option of implementing this project under PPP to leverage innovation and expertise of the private sector as well as widen the financing options for roads infrastructure. I therefore want to ensure the public that all the applicants will be treated fairly and transparently and they will compete on who can best give Ugandans the most benefits from this big project”

According to Jim Mugunga, PPP Lead seconded from the finance ministry, money will only be paid to the developer after delivering the project/asset for public use contrary to the usual contracts where contractors are paid a major portion of the contract at the beginning.