October 19—Customs officers assigned to the One Stop Border Posts (OSBPs) across the East African Community (EAC), are to be given further training to improve and maintain a high level of efficiency in the operations of the posts. 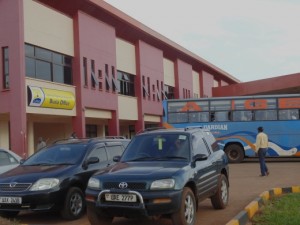 At Busia OSBP, along the Kenya/Uganda border, the processing of goods and travel documents today has substantially quickened compared to  previous years.

The EAC adopted the OSBP policy nearly six years ago, as a way to speed up clearance of goods across the borders which in previous years used to be characterized by long lines of transit trucks waiting for processing and approval to cross. This also applied to travelers.

The first OSBP at Holili/Taveta towns on the Kenya/Tanzania frontier was launched in 2016. With OSBPs, goods, people, and vehicles stop at a single facility in which they undergo necessary controls following applicable regional and national laws to exit one state and enter the adjoining state. Consequently duplication of effort is eliminated while businesses save time and money.

He said, “We are training at least 30 for each of the 15 formal OSBP and train at least 30 OSBP facilitators through conducting training of trainers’ (TOT) sessions. We have already trained 12 officials through TOTs. We will also mainstream the OSBP training in the EAC training programme at the national level.”

TradeMark East Africa, has the been the lead consultant and apex for the funding in the implementation of OSBPs.  A big chunk of the money, well over $100 million, has come from foreign donors to upgrade or build new posts in Burundi, Kenya, Rwanda, Tanzania and Uganda. South Sudan is a recent entrant to the EAC and was not included in the original plans.

The training started this month involving Kenyan and Tanzanian officers based at the Lunga Lunga/Horohoro OSBP. Alfred Kitolo, Director of Productive and Services Sector at Kenya’s State Department of East African Community Integration said the operationalization of the OSBPs would act as a catalyst in promoting trade and investments among EAC Partner States.

Kitolo said for OSBPs to operate effectively, it was important to involve traders, regular border post users and communities in the proximity of the border posts, because this would secure buy-in and ownership of all the stakeholders. He said efficiency is expected to improve by between 30% and 40% once all the OSBPs become operational.

“The OSBPs also aim to improve on enforcement efficiency through cooperation, sharing of intelligence and better resource utilization. By working side-by-side, cooperation is enhanced and communication made easier,” he said.

“By way of example, the OSBP concept can be used to combat fraud by enabling easier and faster clearance of goods on the basis of a single customs declaration, thereby preventing the substitution of one set of documents with another,” he said.

Analo said that the EAC Secretariat has since 2016 been involved in the development of a harmonized training tool for the OSBPs.

“The objectives of OSBPs are to, among other things, achieve smoother flow of East African citizens across the region and facilitate by combining border clearance activities in a single location, reducing transit delays, simplifying clearance procedures, as well as fostering data and intelligence sharing,” Analo said.