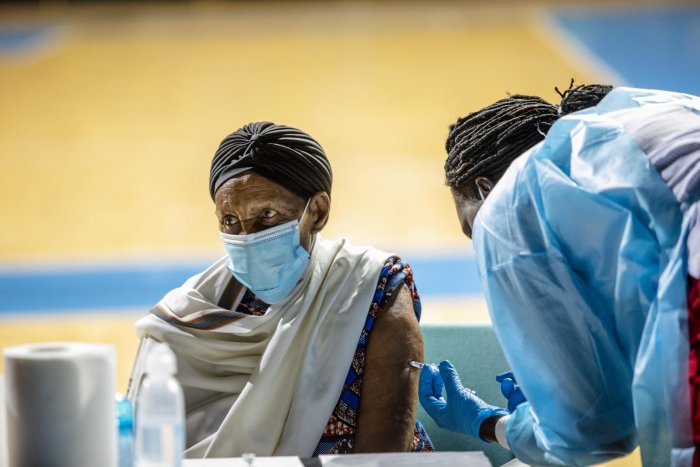 A return to any sustained growth depends on how fast governments can vaccinate their citizens against Covid-19 and the policies adopted that help trigger consumer confidence and business expansion. Both the IMF and AfDB see a rebound, but agree there is considerable uncertainty in all their projected outlooks.

In keeping with tradition, albeit using a virtual setting, E&Y the international financial services and consultancy […]

In keeping with tradition, albeit using a virtual setting, E&Y the international financial services and consultancy firm with offices in Uganda, recently held its 2021 budget breakfast to review government’s proposed expenditure and projected revenues for the next 12 months.

Amidst the Covid-19 pandemic and like other countries around the world, Uganda has seen a fall in GDP growth during the past year due to introduction of measures to counter the spread of the disease.  The challenge before the government is encouraging recovery of economic activity that in turn generates the tax revenues needed to keep Vision 2040 on track.

The session was moderated by E&Y Uganda Country Leader, Muhammed Ssempijja, with presentations from Sarah M. Chelangat, the Tax Manager and Hamza Ssali, a Senior Manager.

Using insights from the International Monetary Fund (IMF) and the African Development Bank (AfDB), Chelengat gave a general overview of the economic situation around the world.

In a nutshell, a return to any sustained growth depends on how fast governments can vaccinate their citizens against Covid-19 and the policies adopted that help trigger consumer confidence and business expansion. Both the IMF and AfDB see a rebound, but agree there is considerable uncertainty in all their projected outlooks.

Chelangat showed that Uganda is being cautious. For financial year, 2021/22, Kenya and Tanzania project GDP growth rates of 6.6% and 6.2% respectively while Uganda predicts a modest 4.3%.  On the other hand the country still has the lowest domestic revenue to GDP ratio in the region at 13.8%, compared to Kenya’s 14.3% and Tanzania’s 15.9%. This ratio is a quick reference in the ability of a country to pay its own way. But Uganda outperforms its neighbours in having the lowest inflation projected at 2.6%, half the rate of the two bigger economies for the coming 12 months.

The Ugandan economy registered a growth rate of 3.3% which signals steady economic recovery from 3% in FY2019/20. The growth is due to a pick-up in economic activity following partial easing of lockdown measures, government policy interventions to support recovery in private sector activities and a recovery in regional and global demand.

The government plans to spend UGX44 trillion (about $12.5 billion). In light of the pandemic, Human Capital Development is the top priority taking up almost 17% of this spending. The other top 10 priorities are Governance and Security (15.5%); Integrated Transport Infrastructure and Services (11.2%);  Agro-Industrialisation (3.7%); Sustainable Energy Development (2.5%); Regional Development (2.7%); Development Plan Implementation( 2.4%); Legislature (1.8%); Climate Change, natural resources and the environment and water management (1.49%) bookended by Private Sector Development at 1.3%.

Chelangat said, “This is a well balanced budget. The government appears to have a handle on the priorities. If it is implemented well then the grassroots people should gain.”

She then went onto to highlight some of the latest measures to both ensure greater compliance and generate more tax revenues. Government hopes to raise UGX 22.4 trillion ($6 billion) in 2021/22, about UGX 3 trillion more than last year.

As a move to strengthen tax administration, Uganda Revenue Authority is working with other relevant statutory bodies to determine actual liability and ownership of businesses to limit transfer pricing. Rules for exemptions are also being streamlined to plug any loopholes being exploited by questionable charitable organizations and other NGOs who actually make profits.

Notably, after accepting to locate their regional headquarters in Kampala, the Afreximbank has been given a tax exemption. The International Union for the Conservation of Nature was accorded the same privilege.

On the other hand, URA is giving exemptions to those businesses/industries that employ more locals while also sourcing the bulk of their production inputs from within Uganda.

This is part of the government’s aim to underpin the ‘Buy Uganda, Build Uganda’ policy by encouraging more value-addition, especially agro-processing centred around greater use of the budding industrial parks and economic zones.  Incentives for this have been strengthened.

URA is hardening on due dates for payable taxes, but as a sweetener has committed itself to paying refunds within a set period of days. To diminish any former sense of discrimination and misunderstanding, the tax collector has also imposed a uniform rental tax of 30%, whether the property is private or commercial.

Another significant change is that the annual requirement to renew the certificate of registration by manufacturers, importers and providers of excisable goods and services is no more. But those dealing with the manufacturer of beverages and dealers in some lubricants and plastics will face added costs, as will cement makers.

Chelangat spotlighted other tax measures beginning with the new timelines for the Tax Appeals Tribunal ensuring a set period for hearing cases and determining a judgment. If not satisfied, claimants can now also ultimately appeal to the Supreme Court.

According to the latest provision, interest on refunds resulting from review of a tax decision are to be calculated from the date on which the tax was paid to the last day of the month in which the refund is made at the rate specified in the relevant law.

Having a tax identification number TIN is now the basis of all applications for any license or completion of almost all statutory and commercial transactions.

Harsh penalties have also be defined for anyone marketing and distributing goods without the appropriate digital tax stamps or involved in any activity that contravenes prevailing tax laws including bribing URA personnel.

During the panel discussion, Barbara Mulwana was disappointed that the budget did not adequately reflect the importance of the business community in efforts to revive the economy in the wake of the pandemic.

in the budget, a figure of less than two percent of the planned expenditure for private sector development did not send out encouraging signals.

She said, “In my view, manufacturing was allocated little money and yet we are the ones providing jobs, involved with import substitution. All government priorities, but concerning the budget, we could have done better for manufacturers and given more enablers. The independence of a country is best seen by the extent its goods and services are locally sourced. Covid-19 has shown us this.”

Ssempijja agreed that the cost of doing business in Uganda remains high while Dr. Muhumuza supported a call by Mulwana to the government for incentives like export guarantees to reduce the risks of selling goods outside Uganda.

Dr. Muhumuza suggested the framers of the budget missed certain realities on the ground on top of being contradictory. ‘The government wants to offer electricity to industry at five cents a unit.  This is a subsidy because it is below the cost of production and you have to ask who will pay for this subsidy.”

He said the pandemic has caused considerable disruptions and uncertainty. Schools have been sold off, but most of the buyers are merely land speculators.

He said the present trend by the government to borrow short term on non-cessionary terms was also courting trouble by worsening the national debt.

Hamza Ssali went through what Kenya and Tanzania are doing to raise revenues, noting that Kenya is going after online businesses and has also re-introduced a 20% tax on betting services. However Kenya is exempting any goods, equipment and other items associated with combating the Covid-19 disease.

While planning to spend KES3.6 trillion ($33 billion) in the coming financial year, the Kenyan government is also softening on those businesses and industries that import inputs that go into expanding domestic power generation, for instance geothermal, wind and solar energy.

Tanzania has reduced the minimum PAYE rate from 9 percent to 8percent and is encouraging people to buy government securities by offering exemptions on income derived from these purchases.

Secondly, powers to grant any exemptions are now in the hands of the Minister without any recourse to Cabinet.

Commercial farmers are to pay a new withholding tax while small scale miners will see some of the value of their minerals being taxed at three percent.

Support for the construction of the East African Oil Pipeline is being offered by way of depreciation costs calculated at a rate of 5% on the cost of assets.