December 14, 2018—Ecobank, the Togo-based multinational with operations across Africa, has announced that customers can now […] 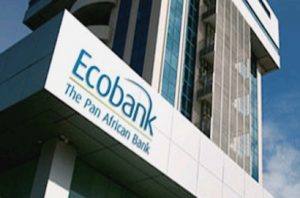 Ecobank customers can now send and receive money to and from over 170 mobile money users via MFS Africa.

December 14, 2018—Ecobank, the Togo-based multinational with operations across Africa, has announced that customers can now send and receive money to and from over 170 million mobile money users through an integration with MFS Africa that covers all telcos in the MFS Africa Hub.

MFS Africa is a leading pan-African fintech company, operating the largest digital payments hub on the continent involving 170 million mobile wallets.  It connects mobile money systems to each other and to money transfer organizations, banks and other financial institutions, enabling money remittances to and from mobile money accounts.

Dare Okoudjou, the founder and CEO of MFS Africa said, “We’re proud to offer seamless payments across networks and borders into the next frontier of financial inclusion – mobile wallets – to Ecobank customers.

Okoudjou said, “Historically, the relationship between banks and fintech has been competitive but Ecobank has demonstrated a win-win approach to partnership that takes care of every stakeholder in the value chain. Ecobank is the first financial institution that shares the MFS Africa vision to make financial services more seamless, convenient, and interoperable across Africa.”

Ayeyemi said, “Typically, banks and other financial service providers seeking to integrate to mobile wallet systems are confined to domestic markets with almost no interoperability among networks in a single country, let alone across borders, severely inhibiting utility, efficiency, and customer experience. The collaboration between Ecobank Banking Group and MFS Africa eliminates this hurdle and accelerates the ecosystem, driving financial inclusion and offering a greater range of options to Africans”