December 15—Geoffrey Ssekatawa of Brent Technologies, a Ugandan start-up, has been selected among the 12 winners […] 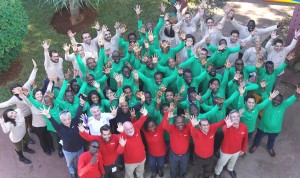 BMCE Bank of Africa hosted the participants in a boot camp before the eventual 12 winners were announced this week.

December 15—Geoffrey Ssekatawa of Brent Technologies, a Ugandan start-up, has been selected among the 12 winners in the third edition of African Entrepreneurship Awards organised by BMCE Bank of Africa.

Ssekatawa has developed a smart drone to combat illegal fishing under the Innovation category and will be awarded with a $50,000 cheque. Illegal fishing has been a menace for authorities monitoring Uganda’s lakes as numbers have dwindled.

Rwanda’s Christelle Kwizera of VOMA Groundwater Solar Kiosks, another start-up, also won under the same category for her enterprise involved with  lubricant collection and recycling.

Allen Kimambo of Tanzania, whose Zaidi General Enterprises won in the Environment category along Kenya’s  Adan Mohammed of Ecodudu, will each receive $100,000 each. Other winners come from Cameroon, Ghana, Morocco, Nigeria and South Africa. The awards were launched in Marrakech, Morocco three years ago to help spur innovative entrepreneurship in Africa,

This year more than 12,000 project proposals from 132 countries, including all the 54 African countries were vetted and 112 entrepreneurs were later hosted for coaching in a boot camp. According to the organisers, this unique initiative has enabled BMCE Bank of Africa to ‘concretize its vision of a growing Africa, boosted by its young entrepreneurs to bolster economic and social opportunities presented to all Africans’.