COMMENTARY April 20, 2018— At the end of last month, the Secondary Materials and Recycled Textiles […]

COMMENTARY April 20, 2018— At the end of last month, the Secondary Materials and Recycled Textiles Association (SMART) was triumphant after the embarrassing climb down by the East African Community (EAC) member states over intentions to clampdown on secondhand clothing imports in order to help revive regional garment and textiles industries. 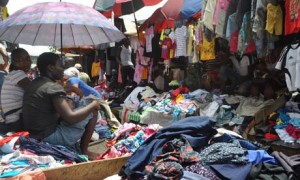 SMART said business with the EAC will continue and more than 190,000 jobs in the United States alone will be saved. Exports to the EAC make up roughly 22 pc of the US industry’s sales.

In existence since 1932, SMART describes itself as an international trade association that strengthens the economic opportunities of its diverse membership by promoting the interdependence of the for-profit textile recycling industry segments and provides a common forum for networking, education and advocacy.

In a statement, the US-based umbrella said the decision by Kenya, Tanzania, Uganda and Burundi not to implement the imports ban is a victory for both the EAC countries and the secondhand textiles industry. ‘For the people of the EAC, many rely on secondhand clothing and shoes imports as their only affordable access to quality apparel. These EAC members have announced they will focus on other measures to develop their textile and apparel industry’, the statement reads in part.

But what measures can the EAC countries implement that will not cause SMART to get all hot under the collar?

The Rwandan government imposed heavier taxes on this clothing. In response, SMART swiftly lobbied the US Trade Representative (USTR) in bid to cross out Rwanda from the list of countries eligible for the duty free/ quota free benefits under the African Growth and Opportunity Act (AGOA). A decision is still pending, but it leaves Rwanda isolated after the rest abandoned their 2016 EAC Summit resolve to ban mitumba by 2019.

The whole affair has dented the EAC’s aspirations of being a single trading bloc speaking with one voice and instead revealed more cracks in the integration process. A final decision on whether we are in or out of the European Economic Partnership Agreement also remains a matter of continued guesswork and now the mitumba issue reminds us how national interests trump the regional agenda.

Hopes had been raised among some regional owners of clothes-making enterprises that the proposed ban would help turn around their financial fortunes. Imports of cheap clothes had devastated the industry.  However, this was not a view shared by the millions involved in the mitumba business across East Africa who have made a living from handling other people’s discarded clothes and shoes. Not to mention the other several millions of us who buy these items.

The riddle is why did the presidents even entertain the ban knowing that they would cave in at the first hint of American displeasure? Why put themselves through the headache of being targeted by SMART who made a petition to the USTR seeking to make out that the EAC is unfriendly to American business?

Yet according to Garth Frazier, an Associate Professor of Economic Analysis and Public Policy at the University of Toronto, this used clothing and footwear business with the EAC is marginal for the Americans. He said used-clothing exports from the US to all EAC countries combined had an all-time peak of $43 million in 2012, which is 0.003 pc of American exports. According to other sources the figure has more than doubled since then, but still remains paltry as a percentage of all US exports.

Kenya jumped ship first, after it was quickly made clear to the government that the country’s nearly $400 million annual new garment sales to the US would be in jeopardy. Indeed, in mid-2017, the Kenya government hired Sonoran Policy Group to protect their interests in Washington D.C.  Tanzania and Uganda began to wobble when the so-called ‘diplomatic pressure’ was exerted, but Rwanda has stood its ground and expressed a willingness to pay the price.

You wonder whether the EAC presidents had directed for a cost-benefit analysis before taking on the mighty Americans who held all the cards or was it all matter of grandstanding?  Secondly, as a single bloc, the  EAC forget the cardinal rule when dealing with the US government; get an influential lobbyist. You have to give credit though to the Kenyans for some quick footwork when the implications of President Donald Trump’s America First doctrine dawned on them.

In Washington, going without a lobbyist, usually results in your interests being largely ignored. Latest figures compiled by the Center for Responsive Politics show that during 2017, Alphabet, (the Google parent company), spent just over $13 million to lobby Washington legislators. As a representative of special interests, SMART was way ahead of anything the EAC could come up with. Put bluntly, there was no sympathy for the East Africans in Washington.

In international trade, the big wealthier countries will have 20 or 30 experts to your one or two and grind you to a pulp in getting their way. That is the situation at the World Trade Organisation headquarters in Geneva. Even then, we Africans have to fly out our few experts adhoc, because we cannot afford the large permanent missions other countries have in this very expensive city. You wonder if this was by design.

The EAC still has a strong case for limiting imports of mitumba if not for the obvious reason that it is demeaning, but it also touches on the very essence of limited value-addition in Africa. We will never get a tighter grip on the Global Value Chain if we do not develop internal economic linkages of our own. We have arable land, we can grow cotton, even cultivate silk farms, so why not make clothes?

We have lost this battle, but the war is far from over. It is worth another try on another front to get the EAC point of view across. But next time, better to spend good money on a high profile lobbyist who knows exactly how to win the right hearts and minds in Washington.