February 14—The Council of Ministers (CoM), the second most powerful body in the East African Community […] 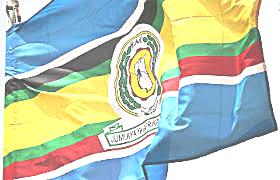 February 14—The Council of Ministers (CoM), the second most powerful body in the East African Community (EAC) governing hierarchy will be meeting in Kampala between February 15 and 20 in preparation for the Heads of State Summit talks due next week.

The CoM is comprised of government ministers from each EAC member state whose main job is to discuss, amend and adopt laws, and coordinate policies. The Ministers have the authority to commit their governments to the actions agreed upon in these meetings. The EAC is made up of Burundi, Kenya, Rwanda, South Sudan, Tanzania and Uganda, the current Chair.

During the past two years, EAC Summits have been characterised by the non-attendance of Presidents for one reason or another, but usually associated with perceived slights and public spats rooted in regional trade and business disputes. However, authorities in Kampala are hoping for a full house next week based on President Yoweri Museveni seemingly good personal relationship with most of the EAC leaders. He took over the chairmanship from Tanzania’s John Magufuli mid last year.

With a total population of just 170 million and a GDP of $160 billion, the EAC is sub-Saharan Africa’s fastest growing region (5%), but could do better were it not for the protracted instability in South Sudan and along the EAC’s border with eastern Democratic Republic of Congo. Non-tariff barriers also remain a stumbling block to the full-scale implementation of the EAC Common Market Protocol.

Much of the details in agreements the Summit formalises, are worked out by the CoM.  Among the notable issues for the Kampala Summit include a report of the Council discussions and recommendations to the Summit for the period May 2017  and  February 2018.

Agreeing on a sustainable financing mechanism for EAC is also up review as well as South Sudan’s integration into the EAC.  More than half of the EAC Secretariat annual $100 million budget is paid for by foreign donors while almost all of the development funds are sourced from either multilateral friends like the European Union or bilateral agreements with for example, Germany. EAC member sta

The CoM will also reveiw preparations for the joint retreat of EAC Heads of State on infrastructure and health financing and development; concept note, terms of reference, road-map and budget estimate for the drafting of the EAC Political Confederation Constitution.