May 30—XSML, a Dutch investment fund manager targeting the so-called frontier markets of East and Central […] 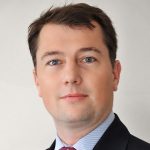 Heijstee said outlets will save money in future.

May 30—XSML, a Dutch investment fund manager targeting the so-called frontier markets of East and Central Africa, has bought into a Ugandan distribution venture focusing on low income earners living in Kampala’s surburbs.

Through the African Rivers Fund (ARF), which backs small and medium enterprises with between $100,000 and $5 million, XSML is investing in KARE Distribution. However no details of the exact funding were disclosed.

“KARE Distribution is pioneering a wholesale model with added distribution capabilities that enables them to deliver basic consumer goods to the low-income population via small retail outlets, schools and hospitals in and around Kampala. Their distribution model enables these small shops and supermarkets to reduce their costs and have up to date stock levels,” Jarl Heijstee, Managing Partner at XSML said.

Frontier markets are those countries or regions with investable stock markets that are less established than those in the emerging markets. Founded in 2008,  eXtra Small Medium Large or XSML helps small businesses in these specific regions to grow into medium and large enterprises.

KARE Distribution works with local manufacturers to sell their products as water, soap, detergent and vegetable cooking oil, to low-income households. The ARF financing will be used to open a new supermarket in a populous neighborhood in Kampala, which currently has no outlets.

Speaking for KARE Distribution, Geoffrey Karegyeya said, “With the financing from XSML, we are able make this long term investment and integrate forwards by operating our own supermarket. In addition, XSML is helping us with their network in the Democratic Republic of Congo (DRC) to open up the Congolese market so we can distribute our goods in East Congo.”