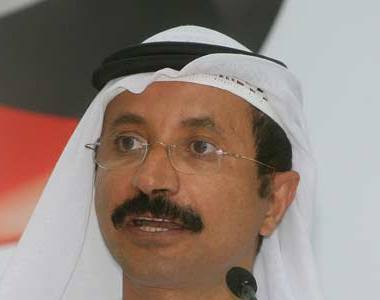 Bin Sulayem said on Monday, the DP World logistics park in Rwanda will reduce costs across the country and the region as a whole.

Sultan Ahmed Bin Sulayem, the Chairman and CEO of DP World, the international ports operator has […]

Sultan Ahmed Bin Sulayem, the Chairman and CEO of DP World, the international ports operator has said when completed, their proposed complex in Rwanda will substantially cut costs for logistic firms and business people in the region. The first phase is to be opened within two months with completion set for 2020. 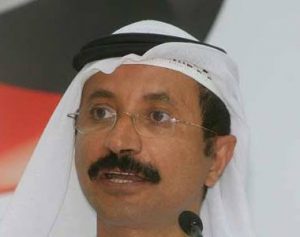 Bin Sulayem said on Monday, the DP World logistics park in Rwanda will reduce costs across the country and the region as a whole.

He told a panel discussion Monday, at the Africa Emergence Conference 2019 in Dakar Senegal, “We believe in connecting landlocked nations to the world and international markets. Our logistics park in Rwanda will reduce costs across the country and region. The price of container moving from Shanghai to an East African port is anywhere between $500 to $1000, but he price of same container from the (Mombasa) port to Kigali is $5000.”

Spread over 13 hectares, the $80 million DP World Kigali complex is being developed together with the Rwanda government not far from the international airport, just outside the capital. Main features include an Inland Container Terminal (ICT) with modern warehousing capacity, a container yard, administrative and services buildings along with parking areas.

An inland port operates as a centre for the transshipment of sea cargo to inland destinations. Plans are for the facility to offer container handling, stuffing and de-stuffing, warehousing, storage and other cargo handling services.

Imports from overseas can be routed through Kigali Logistics Platform for onward distribution to the surrounding countries of Uganda, Tanzania, Burundi and the Democratic Republic of Congo a growing region of more than 40 million people.

The panel was discussing how private institutions can help support emergence in Africa with President Macky Sall of Senegal and Prime Minister Mahatir Mohammed of Malaysia being the other members.

However the DP World Chairman said this is dependent on increasing inter-African trade  and infrastructure development.

“The removal of trade barriers is very important. In Africa tariffs are 50 pc higher in than in Latin America and Asia. Intra-regional trade in Africa is only 12 pc while in Europe, Asia and Latin America is over 50 pc, we need to improve this to prosper,” he said.

Bin Sulayem said as a smart trade enabler, DP World has the extensive expertise and know-how that can help African countries realise their trade and infrastructure goals, while assisting countries to address national ports and logistics infrastructure challenges.

President Sall said the Senegalese government wants to consolidate DP World”s presence in the country. “Country  stability is essential, but also the stability of the contracts between the a state and the private sector to develop foreign investment. It is evident that the public investment cannot satisfy the basic needs of the population so we need to work with private sector,” he said.

DP World has operations in Senegal, Egypt, Mozambique, Somaliland, Rwanda and Algeria and has recently signed an agreement with the Republic Mali to develop a logistics platform and the Democratic Republic of Congo for the countries first deep-sea port.