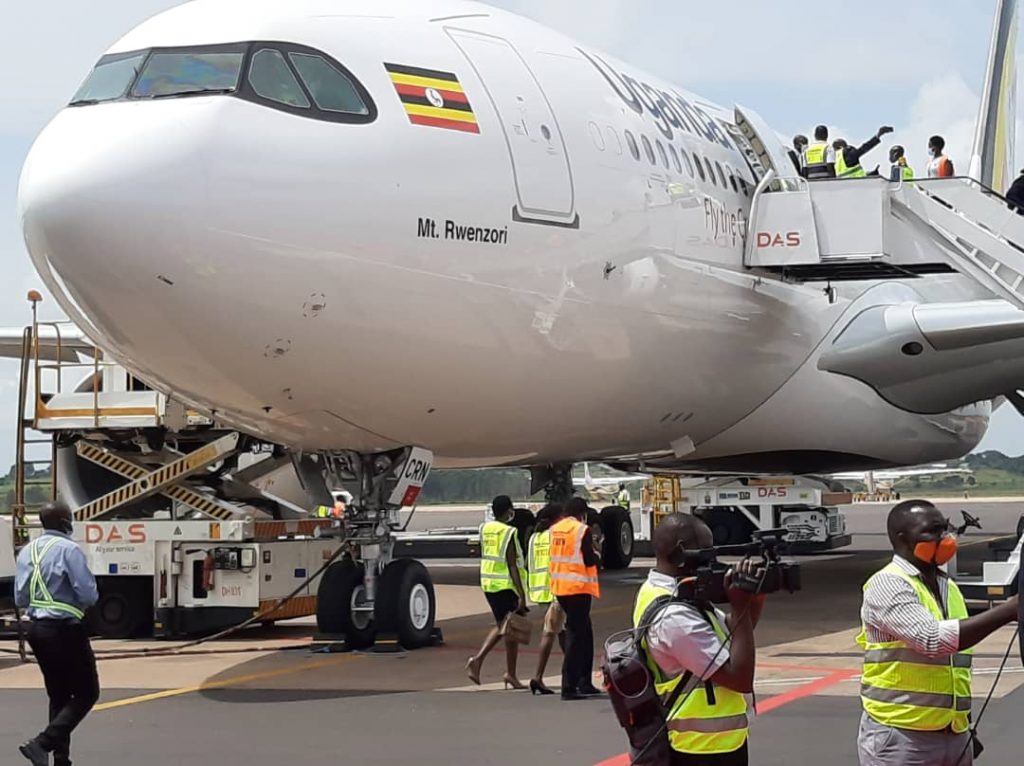 Flag carrier Uganda Airlines has secured the type certificate for the A330-800 from the Civil Aviation Authority, opening the way for deployment of the long-haul jets into commercial service.

The certification comes a week after the airline concluded a demonstration flight on the type on a service to Johannesburg, at the tail-end of the five-stage certification process.

A source confirmed reports that the type certificate was handed over to the airline by the CAA this evening.

“It is true. The Airbus is now endorsed as a type in our Air Operators Certificate,” the official who requested not to be named because they are not authorised to speak on the matter told 256BN.

The development brings to an end the protracted certification process that saw the carrier’s pair of A330’s grounded on the tarmac in Entebbe, for nearly eight months. It also gives the airline the flexibility to switch between the CRJ-900 and the higher capacity A330, on services, depending passenger and cargo demand.

Although the jets were delivered in December 2020 and February 2021 respectively, they could not be inducted into the fleet until Uganda Airlines has updated its operations manual to include procedures for operating the type. The CAA then had to examine the manual and the airlines internal procedures before signing off the certificate.

The A330’s will be used on services to London, Dubai, Mumbai and Guangzhou once Uganda gets off the red list in destination countries. The continuing restrictions on travel from Uganda have seen the planned service to Dubai slip by a month to October while that to London has now been moved to early 2022.

London, Mumbai and Guangzhou are among the top unserved point-to-point routes from Entebbe according to statistics from 2019. The Entebbe-London route had 84,000 round-trip passengers during the year, followed by Mumbai at 42,000 and Guangzhou at 29,000. That would represent a daily load of 230 passengers between Entebbe and London, 115 to Mumbai and 79 to Guangzhou.

Dubai was another robust route with 282 passenger departures daily but with five airlines serving the destination, the competition profile is steep. Johannesburg which was abandoned by South African Airways last year, is another high demand route from Entebbe with 106,000 passengers during 2019.

Combined with transit traffic, Uganda Airlines is likely to get decent loads on its flights although according to analysts it will be running on thin margins especially on the service to Dubai and Guangzhou. The one-way fare to Dubai is below USD150. Mumbai is about USD170 one-way and Guangzhou around USD 195.

Analysts see Guangzhou as a low-yielding route although still important for Uganda Airlines if it is to build a hub and have play in the China-Africa market.

London where Uganda Airlines will be landing at Heathrow ticks all the boxes of point-to-point, connecting demand, and fare performance.  At just over 6000 kilometres from Entebbe, the one-way fare to London was USD235. That compares with Guangzhou which is more than 9000 kilometres away but with a fare of just USD190.