May 31, 2017 in Energy, Infrastructure, Renewable by Editor

May 31—Uganda Electricity Transmission Company Limited (UETCL) has agreed to buy the 10 MW of power, […] 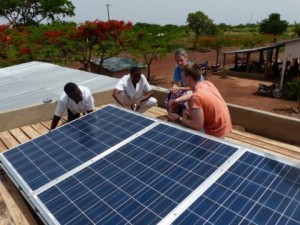 May 31—Uganda Electricity Transmission Company Limited (UETCL) has agreed to buy the 10 MW of power, Dubai-based ZT Energy, will be generating from a proposed solar plant in eastern Uganda. The project is being developed at Bufulubi in Mayuge district.

A power purchase agreement (PPA) was signed in April stipulating 11 US cents per kWh, which according to sources, is the lowest rate being offered by a solar power developer in Uganda. Earlier this month, ZT Energy and the Ministry of Energy and Minerals Development signed an implementation agreement.

ZT-Energy is a joint venture between Z-One Holding and the European-based, Tryba Energy. The two joined forces in 2015 to push for renewable energy project development in Africa.

Z-ONE Holding has interests in eight companies representing the whole PV value-chain from equipment manufacturing, distribution, consultancy, EPC and project development. Its partner, Tryba Energy which has headquarters in France, has expertise in photo-voltaic solar plants both on roofs and the ground level.

Uganda’s Renewable Energy Policy of 2007 has encouraged more private sector interest in electricity generation. It offers a raft of incentives including Feed-in-Tariffs to ensure a predictable environment for the investor and tax exemptions.

BMK: The passing of an astute businessman