January 25—For the seventh year running, the DStvEutelsat Star Awards are here to continue inspiring innovative […] 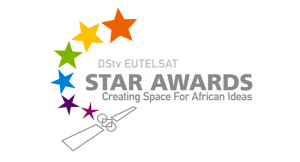 January 25—For the seventh year running, the DStvEutelsat Star Awards are here to continue inspiring innovative thinking among Africa’s young people with a trip to Paris, France as the ultimate prize.

From January 25th students from secondary (high) or combined schools can enter by writing a creative essay or designing a poster based on the following topic: ‘It’s 60 years since the first satellite, Sputnik, was launched, broadcasting a unique and easily captured ‘beep, beep, beep’ signal. Looking back at this historic moment, write an essay or design a poster depicting how satellites have launched humankind into the 21st Century and acted as a unifier’.

MultiChoice Africa and Eutelsat are convinced of the power of science and technology education to encourage young minds to positively change their world. The competition closes on February 12, 2018, but only entries submitted on the official entry form will be eligible. The overall winners will be announced at an awards ceremony in March 2018.

The awards have become coveted and were recently recognised at the third annual Better Satellite World Awards gala dinner held in London.  Theseparticular awards honour established companies along with disruptive innovators who make the world a more prosperous, healthier, better-educated, sustainable and inclusive home for humankind.

Since the start of the DStvEutelsat Star Awards in 2011, over 6,000 students have taken part in this unique competition.

Entry forms can be obtained from any MultiChoice Resource Centre, the nearest MultiChoice office or via www.dstvstarawards.com. Entries are accepted in English, French and Portuguese and will be judged on the basis of high-standard criteria of accuracy, creativity, originality and innovation. For the first time this year students are also invited to engage with the Awards community through a dedicated Facebook page.

Selected from thousands of entries by a high-standard jury, the essay winner will be eligible for a once-in-a-lifetime trip for two to Paris in the company of Eutelsat, and onwards to French Guiana to see a rocket launch into space.

The poster winner will win a trip for two to South Africa which includes a visit to the South African National Space Agency as well as exploration of several heritage sites as guests of MultiChoice Africa. The schools attended by the two winners will also receive a DStv installation, including a dish, a television, decoder and free access to the DStv Education Package.

Founded in 1977, Eutelsat Communications is one of the world’s leading satellite operators. With a global fleet of satellites and associated ground infrastructure, Eutelsat enables clients across Video, Data, Government, Fixed and Mobile Broadband markets to communicate effectively to their customers, irrespective of their location.

MultiChoice is a video entertainment company with the main purpose of enriching lives. The company offers the best in entertainment accessible to millions of households in 49 countries across sub-Saharan Africa.  According to a company spokesperson, “We do this through cutting-edge technology on our DStv and GOtv platforms – delivering the content our customers love and contributing to the success of local economies.”