DStv in African top spot as Mukwano gets 7th 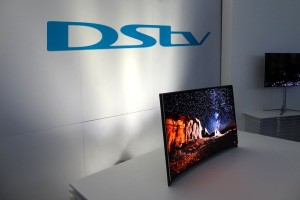 Since 1995, the DStv brand has steadily become synonymous with outstanding media services.

Pollsters, GeoPoll, used a sophisticated mobile SMS technology to identify the most admired brands in Africa among a representative sample of African consumers in 19 African countries.  These countries collectively represent an estimated 74% of Africa’s population.

Despite its recent crisis with its Galaxy Note 7 model, which notably was never launched in Africa, Samsung takes the top spot as the Most Admired Brand in Africa, displacing perennial leader MTN.  However, MTN has retained its ranking as the Most Admired African Brand despite challenges particularly in Nigeria, which have knocked some shine off Africa’s leading brand.

Samsung is the No. 1 brand in 8 countries, Nike in 4 countries, Coke in 3 countries, Adidas in 3 countries and Airtel in one country.  Non-African brands represent 99.25% share of the value of the Top 100 Valuable brands in Africa.

He said,  “It is a great concern that the share of African brands is so low and even declining. African entrepreneurs ought to know their consumers better than anyone.  It is a wake- up call for African governments to create enabling environments to support these entrepreneurs to build Made in Africa brands which in turn will enable the governments to fund and drive their own development agenda.”

Steve Gutterman,  the CEO of GeoPoll said, “Because of its high penetration across Africa, the mobile phone is a valuable tool in its ability to collect data from diverse geographical areas. GeoPoll’s method of collecting data through mobile surveys demonstrates the power and reach of mobile technology in its delivery of real-time, actionable data.”

Brand Africa 100 is a two-phase process that starts with a comprehensive consumer research across 19 countries in Africa to establish a consumer generated list of admired brands.  These 100 most admired brands are then valued and re-ranked according to value by Brand Finance.