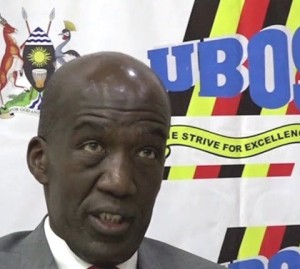 January 18—The poverty level in Uganda has gone up to 21% due to the extended dry spells during much of 2016 that hurt agriculture, the country’s economic mainstay, but the northern region has seen drop.

A new report compiled by the Uganda Bureau of Statistics (UBOS) shows that an estimated eight million Ugandans out of a total population of nearly 40 million, are living in poverty as of 2016/2017.

“The increase  in poverty is due  to the increased prices  experienced  during  the  period under review. This was brought about by  the prolonged droughts  that affected  the entire  agriculture sector in the country which is the backbone of Uganda’s economy,” Ben Mungyereza, UBOS executive director said during a news conference on Wednesday. This was one of the highlights of the Uganda National Households Survey (UNHS) 2016/2017.

The findings indicate that there has been a general increase in poverty across the country apart from the Northern region which has seen some advances.

Across Uganda, the proportion of poor people has increased to 21.4% during financial 2016/2017 from the previous rates of 19.7% during 2012/2013. According to UBOS, poverty incidences remain higher in the rural areas at 31% of the population compared to 15% in urban areas.

At regional levels, the UBOS says poverty increased in all regions apart from Northern Uganda where the level of poverty has gone down, but this can also partly be explained that the north has been recovering from a history of armed conflict which devastated economic activity. However the peace dividend is bearing fruit.

“All regions except the Northern region experienced arise in poverty with the incidences   of poverty being highest in Eastern region (35.7%) having increased from 24.5% in 2012/2013. The increases were highest in Bukedi region followed by Busoga which outweighed the decline in Teso sub region,” Mugyereza said. In Northern Region the level of poverty declined from 43.7% in 2012/2013 to 32.5% in 2016/2017.

On literacy levels, the rate  for person  aged 10 years  and above  is estimated  at 74% and was higher for males than females. Overall, five percent of the school going age children had never attended school while in Karamoja about half had never stepped into a classroom.

On access to employment the report reveals that the labour force stood at 10 million and this was an increase from 8.8 million in 2012/2013. The national unemployment rate is 9% but only 38% of the people are in paid employment with a higher proportion being males.

The report shows that the overall median monthly wage of an employee was UGX168,000 per month with the median wages in the urban areas (UGX220, 000) almost twice than that in the rural areas at UGX120,000.