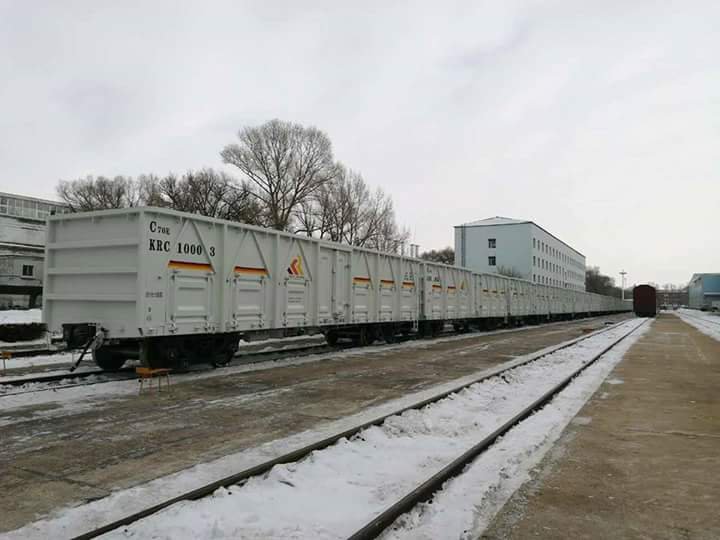 Uganda faces diminishing options for its SGR development after Kenya, on whom it had banked for […]

Uganda faces diminishing options for its SGR development after Kenya, on whom it had banked for a connection to Mombasa announced it was stopping its line in Naivasha.

For Uganda, this means a quick realignment of its SGR southwards to connect with Tanzania or risk being locked out of the regional SGR network in the short to medium term. That would mean the country bleeding net outflows to its neighbours for using their SGR network without reciprocal inward flows.

Quoting government officials, Kenyan media reported that Nairobi would instead revamp its aged metre gauge for onward connection to Kisumu where it also plans to develop a modern port on the shores of Lake Victoria.

The development follows Kenya’s failure to secure a $3.6 billion loan from China for the leg to Kisumu. President Uhuru was one of 40 heads of state that attended a conference on China’s Belt and Road Initiative in Beijing this week. It had been anticipated that the partries would use the backdrop of the event to ink a funding agreement for the Naivasha Kisumu sector. Kenya had hoped to start construction of that section in early 2020.

Kenya’s Transport Minister James Macharia told Kenyan media that the SGR will be joined to the old meter gauge railway in Naivasha to provide continuity to Kisumu.

“The most important investment right now is to connect the SGR to Naivasha Meter Gauge Railway so that come August there will be seamless connectivity. It is not change of plan, what we have done is look at the logistics of connectivity initially connecting meter gauge with SGR because even if you started construction today from Naivasha to Kisumu it would take 4 years and we don’t want goods to take that long to get to Kisumu,” Macharia was reported as saying.

In Kampala Works and Transport minister Monica Ntege Azuba confirmed that Uganda would also revitalise its marine transport systems to interface with Kenya at Kisumu.

“The priority is to bring down the cost of transit from Mombasa to Kampala. Transhipment from rail to water will deliver lower costs for business as we wait for the full development of SGR,” she told 256BN.

But that will come at the cost of time and exposure to to the  inefficiencies that plague East African ports and borders.

256BN has learned that China for some time now, Beijing, on whose China Exim Bank both Nairobi and Kampala have been banking to fund key infrastructure, has been concerned at the cost quoted for the Ugandan and Kenyan SGR. On several occasions over the past two years, both governments have been asked to synchronise their SGR plans. Last August, the parties were asked to make fresh feasibility assessments for the projects – understood to be diplomatic speak for a downward revision of the costs. At $1.73 billion, Uganda’s 273 kilometre Kampala-Malaba sections weighs in at $6.3 million per kilometre.

Also, the signals that Uganda’s SGR was a sitting duck have been there for months. Kenya’s rerouting of its SGR to Kisumu rather than direct to Malaba as well as the development of a major marine hub at Kisumu were indicators of a major shift in strategy by Kenya.

An SGR terminating at a port in Kisumu was designed to offer a lifeline to Kenyan players in the road haulage who can now redirect their investments into the marine sector and maintain their stranglehold on the maritime sector.

While the funding crunch is bad for Uganda, it also reflects the cost of indecision.  At inception in 2013, the SGR line was supposed to run from Mombasa to Kigali. Midway however, Uganda chose to reprioritise its section of the modern rail with a 273 kilometre loop to Kampala linking with new spurs to Juba via Nimule and Kinsagani via Goli. As analysts questioned the wisdom of banking on connections to countries that were politically unstable, officials insisted the longer network would enhance Uganda’s earnings from the SGR because shippers pay per kilometre. Taking the line north and north-west would take Uganda’s billable network closer to 700km as opposed to the less than 500km if the line went south to the border with Rwanda.

Also, they reasoned, with 70 percent of its international trade routing through Dar es Salaam, Tanzania offered a more natural and cheaper SGR connection and they feared (correctly), that once the political tensions that prevailed at the time between Kigali and Kigali eased, Rwanda would sign up to the Tanzanian SGR. That would leave Uganda hanging on to an expensive line with no connection to Rwanda. Also, Rwanda had not communicated the desired interconnection point for the two prospective networks.

Now, Uganda’s options have narrowed and become complicated. Initial investment has been made in acquiring the right of way to Malaba. While this is likely to be lost to fresh encroachment, realignment south to connect with Tanzania means two things. Fresh feasibility studies and acquisition of right of way. Secondly, Tanzania is developing a cheaper if lower standard of SGR, meaning Uganda would have to turn its SGR development philosophy completely on its head. Lastly, Tanzania is funding its SGR from commercial sources meaning Uganda will have to accept a higher cost of financing.