August 9, 2018—Development Initiatives (DI), an international NGO that focuses on the role of data in […] 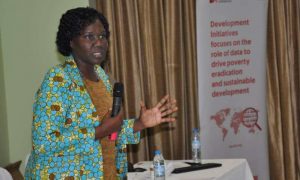 Kakande said the government has little room to manoeuvre when it comes to increasing domestic revenue mobilisation.

August 9, 2018—Development Initiatives (DI), an international NGO that focuses on the role of data in driving poverty eradication and sustainable development, has joined the chorus of criticism against the recent government decision to tax mobile money transactions and impose higher fuel taxes.

Moses Owori, a senior analyst at DI while making a presentation during a conference on the merits of  the 2018/2019 national budget, “Poor people rely on mobile money transactions as they are largely excluded from mainstream financial institutions. A tax on fuel will further drive basic commodity prices up as it indirectly or indirectly feeds into transaction costs,” Owori said.

In the aftermath of the June budget proposals, the government slapped a one percent tax on some mobile money transactions which was later pared back to 0.5 percent, but the public displeasure continues unabated. 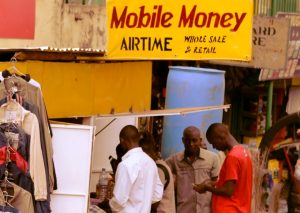 Several hundred operators of mobile money kiosks across the country have closed shop after seeing daily volumes fall drastically in some areas up to 70 pc and 90 pc. During 2017, total mobile money transactions hovered around UGX54 trillion ($15 billion). With Uganda’s international financial institutions, such as the World Bank Group and IMF, constantly reminding about mobilisation of more domestic revenues, the government sees mobile money transactions as a convenient source.

According to the 2018/2019 budget figures, only 43.5% of the national budget is available for service delivery, the remainder goes towards debt payments, domestic financing, budget and project support.

“There is need to ensure sufficient funding especially to social sectors like education, agriculture, social development, health and works and transport in order to have more inclusive development,” Owori said.

However, Margaret Kakande, Head of Budget Monitoring and Accountability Unit at the finance ministry said the problem is not how much money is spent on certain sectors, but how effective it is being used.

She said, “The problem is not lack of funds, but the attitude of Ugandans towards corruption and service delivery effectiveness. Karamoja has been receiving the most funds and yet have the poorest results. Ugandans must wake up and be alert in demanding for accountability from social service providers. A lot of the money that is allocated doesn’t do what it is supposed to do.”

She insisted the budget was pro-poor as funds have been allocated to relevant programs that are aimed at inducing poverty eradication especially in rural areas. Kakande also sounded her disappointment at Ugandans who say the government is borrowing excessively and yet they do not want to pay taxes to finance the services they keep clamouring for.

“What exactly do you want the government to do? When it borrows, people complain; when it imposes taxes so that we are able to finance the budget, people still complain and yet they want roads, hospitals and schools,” she said. At 14 pc, Uganda has lowest tax-to-GDP ratio of the three bigger economies in the East African Community.

Emmanuel Kisaame, a research associate at  Advocates Coalition for Development and Environment ( ACODE- Uganda) asked the government to reconcile long term development and immediate needs of the country so that once doesn’t suffer at the expense of the other.

“Uganda’s problem is prioritisation. Although we have limited resources, if there is good planning, these resources will be enough and there will be no need for excessive borrowing which is sinking the nation,” he said

This is the fourth year that DI is holding such discussion that are aimed at providing policy makers with data evidence to influence their decisions on public spending.