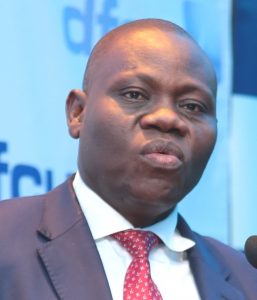 Kisaame is going into retirement after helping to take dfcu Bank into second spot of Uganda’s top banks.

Board Chairman Jimmy D. Mugerwa said in a statement on Wednesday, “Juma Kisaame has had notable achievements, some of which include playing a key role in assisting dfcu Limited, the holding company, realign the shareholding that brought on board strategic partners like Arise Investments BV that include Rabobank, Norfund (later NorFinance) and FMO.”

The bank started out in 1964 as a development finance institution. Over the years dfcu has been associated with many success stories in Uganda’s economy in various sectors including agribusiness, communication, education, health, manufacturing, tourism, real estate, mining, construction, transport, trade and commerce, among others.

Referring to Kisaame’s accomplishments, Mugerwa said, “He also led the most successful acquisitions in the banking industry in Uganda when dfcu Bank acquired some assets and took over some liabilities of Global Trust (Uganda) Limited Bank (in liquidation) in 2014 and later in 2017 acquired some assets and assumed some liabilities of Crane Bank Limited (in receivership),” Mugerwa said.

Kisaame is going into retirement after being at the helm of dfcu Bank for nearly 15 years. Before then, he helped raise the profile of leasing in Uganda through dfcu Leasing and later ventured into the Tanzanian banking sector for a few years.

Mugerwa expressed appreciation for Kisaame’s professional and personal commitment during his tenure as CEO and “….his extraordinary leadership that increased shareholders value; saw dfcu Bank rise to become the second largest bank in the country; resulting in three-fold balance sheet growth to over three trillion Uganda shillings (nearly $800 million), a customer base of close to one million and a network of 65 branches,” he said. 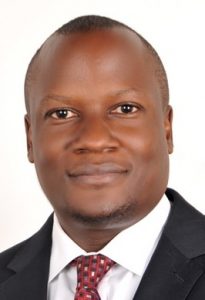 Katamba will cross over from Housing Finance Bank and comes with 15 years of experience.

Katamba has over 15 years experience in the finance and banking sector, 12 of which have been at C-Suite level. With vast expertise in strategic management and investor relations, retail banking and strong business acumen, he holds an M.Sc. in Financial Management from the University of London.

He also attended the John F. Kennedy School of Education at Harvard University and the Advanced Leadership Program at the University of Pennsylvania.

Mugerwa said, “We look forward to his taking the helm at dfcu and believe he is well placed to continue the progress of the bank, building on the successes of his predecessor to the benefit of all stakeholders, contributing to the very important business sector in which dfcu operates and to the growth of the Uganda economy as a whole,”