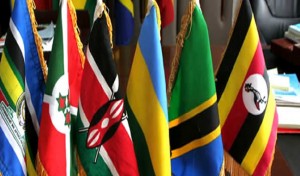 Lack of a unified stance on signing the EU Economic Partnership Agreement has been a source of regional tension in recent months.

March 28–An inkling of whether the region will finally sign the European Economic Partnership Agreement (EPA) as a single bloc may finally emerge after the forthcoming talks involving the East African Community (EAC) Council of Ministers.

The 35th meeting is set to take place between March 30th and April 4th 2017 at the EAC Headquarters in Arusha, Tanzania. It is usually in these discussions where all the bargaining that eventually evolves into EAC policy is agreed and later signed off by the summit of regional heads of state. No EAC summit has been held this year and the main reason has been lack of agreement on the EPA.

Kenya and Rwanda have already signed the EPA as individual states, but implementation of the preferential trade deal with the European Union (EU) will only take effect after Burundi, Tanzania and Uganda also sign.  Last year, the Tanzania parliament advised the government not to sign citing the negative impact signing the EPA will have on the country’s industrialization process. Uganda wants to be sure of a united regional front before putting pen to paper.

In the interlude, there have been several attempts to reach a compromise on the issue. However, if left unresolved, this will put Kenya at a competitive disadvantage when exporting its cut-flowers and horticultural produce to the EU who may impose tariffs. Unlike the rest of the EAC member states, Kenya is not classified under the ‘Least Developed Countries’. LDCs countries can continue to export to the EU market on a tariff-free basis under the terms of the ‘Everything But Arms’ policy irrespective of any EPA deal

A session for senior officials is set for this Thursday and Friday while  the Coordination Committee Session composed of permanent/principal secretaries will meet during the first two days of April. The Ministerial Session will then follow on April 3rd and 4th.

The Council of Ministers is the Policy Organ of the Community. It consists of the ministers responsible for East African Community/regional cooperation of each partner state and such other ministers the partner state will  determine. Among its functions, the Council promotes, monitors and keeps under constant review the implementation of the programmes of the EAC and ensures the proper functioning of the regional organization.

According to the EAC Secretariat, the 35th meeting is considering several issues including implementation of Previous Decisions of the Council; a report from the Office of the Secretary General; latest findings on planning and infrastructure  and a report on Productive and Social Sectors.

Other reports to be considered are on Political Matters; Customs and Trade; Finance and Administration Matters; and other EAC organs that is the East African Legislative Assembly and East African Court of Justice.