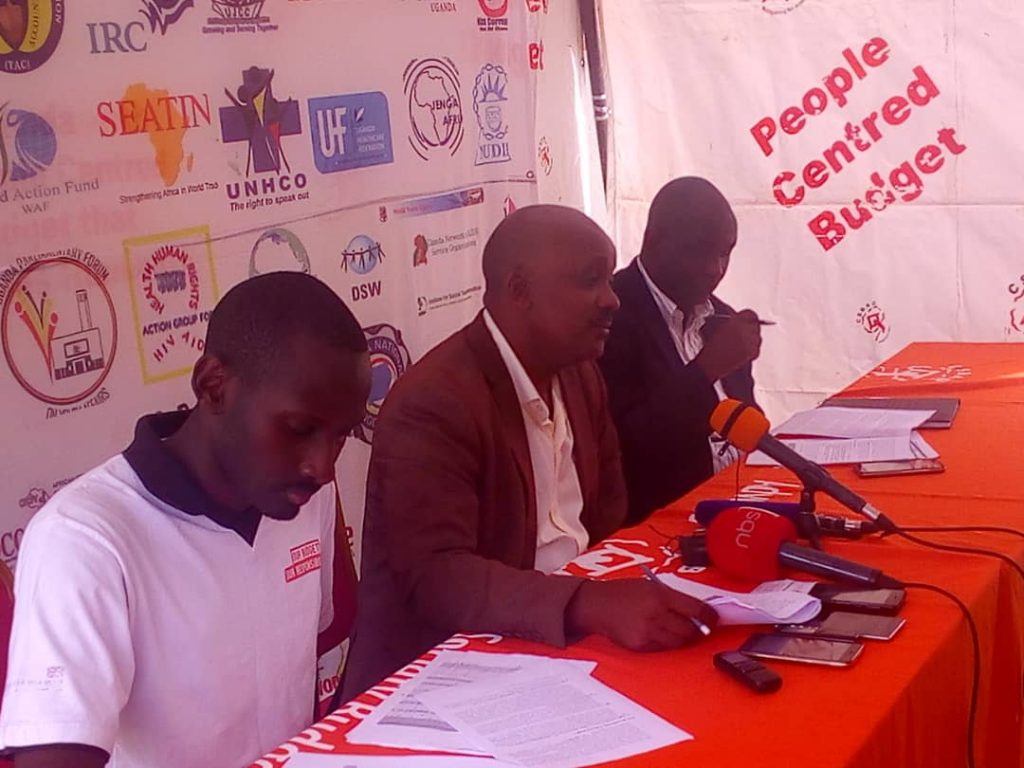 Uganda could find get sucked down a spiral of agitation for higher wages unless the unbridled powers of Members of Parliament to determine their own emoluments are amended, warns budget watchdog Civil Society Budget Advocacy Group SCBAG.

This is after MP’s invoked powers conferred upon them by Article 85 of the constitution to push through a 39pc increase in their allowances, a non-taxable component of their earnings. The legislators also approved a 15pc increase for parliamentary staff, citing increases in the cost of living.

“We are concerned that the increase by such an astronomical percentage will cause unrest and agitation among other public servants and may lead to demoralisation and more strikes,” the watchdog says.

The Uganda National Union of Teachers has already warned that teachers will not report for second-term duties unless earlier commitments to enhance their wages are included in the financial statements for the coming year.

During a press conference Sunday, CSBAG Executive Director Mr. Julius Mukunda observed that besides being selfish, the move could trigger agitation for higher wages resulting in strikes by sections of the public works force who will feel left out.

“We are concerned that this act of increasing allowances by such a huge margin is not only insensitive to the plight of other public servants such as the police, medical workers, teachers and soldiers whose salaries and allowances have remained low, but an act of selfishness. There is a need to constitute and operationalise a salaries and emoluments commission in order to harmonise pay across the public sector. Article 85 should be amended to bring MP’s under the Public Service Commission,” Mukunda said.

Citing the case of the National Medical Stores which has seen its budget for anti-malarial medications slashed from UGX 10.2 billion in fiscal 2018/19 to UGX4.7 billion in 2019/20, CSBAG argues that rather than enhance MP’s emoluments, such money should be used to bridge funding gaps in critical areas like health where service delivery is suffering because of a shortage of health workers.

CSBAG notes that while the MP’s have awarded themselves an UGX 63.4 billion enhancement to their allowances equivalent to an extra UGX149 million annually for each legislator, Gulu Referral Hospital lacks UGX 2.2 billion to hire nine consultants and another 106.4 million to employ four clinical officers.

Looked at against another variable, the annual enhancement for a single MP is almost twice the unconditional wage grant for a district such as Luuka, which is allocated just 77.9 million annually. Furthermore, 34pc of the 469,216 positions remain unfilled leaving a staffing gap of 157,229 across all MDA’s and local governments.

CSBAG has given ultimatum to the MP’s to either drop the proposes increments of else see their telephone contacts share with the public to enable citizens to demand a halt to the proposed enhancements.