Csbag to continue with campaign as Museveni backpedals on MP emoluments

KAMPALA, MAY 17 – The Civil Society Advocacy Group (CSBAG) is to press ahead with its […] 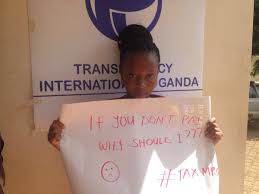 KAMPALA, MAY 17 – The Civil Society Advocacy Group (CSBAG) is to press ahead with its campaign against tax exemptions for legislators after it emerged that the Income Tax Amendment Bill that seeks to exempt MPs from paying taxes is likely to be made a law.

Civil Society Organizations that had suspended the campaign after acquiring their target of nearly 5 million signatures all over the country compelling MPs to pay their share of tax argue that passing the bill will further cripple the country’s revenue base which is already drained by tax flaws and incentives.

Julius Mukunda the CSbag Coordinator told 256BN that “the current proposed tax system that seeks to exempt the MPS from paying tax is not only selfish, it also puts one class above the other and pits low incomes earners who diligently pay their dues against the MP’s who are some of the most paid. The country needs to focus on avenues that boost the country’s tax base.”

Currently the country’s tax effort stands at 13 percent, way behind Burundi and estimates from the African Development Bank indicate that Uganda loses at least 2 percent of GDP through tax incentives equivalent to Ushs 690 billion annually.

The CSOs have argued that government needs to concern itself with developing a fair and more equitable tax justice system that seeks to increase revenue for the country and addresses the needs of the poor. But this can only be achievable if everyone paid their fair share of taxes including legislators because then they would ensure that there are laws that protect the country against tax losses through tax incentives.

Mukunda says it is unfortunate that the President who had earlier rejected the bill and sent it back to parliament is making a U-turn basing on false information that the tax exemption will only apply on their mileage.

He says should the bill become law, they will seek legal avenues to get justice.