May 2, 2016 in Business, Companies, Financial Services, Markets by Editor

KAMPALA, MAY 02 – After holding off reporting until the last possible day, Crane Bank today […] 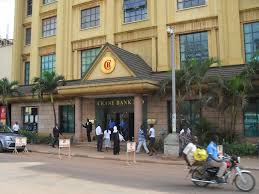 KAMPALA, MAY 02 – After holding off reporting until the last possible day, Crane Bank today released its 2015 financials that left the Ugandan banking industry shocked even in what has generally accepted as having been a difficult year for the business.

Crane plunged to a loss of Ushs 3.1billion in 2015 from a profit of 50.6 billion just a year ago. Despite strong underlying performance that saw assets grow from Ushs 1.71 trillion to 1.79 trillion during the year, a seven fold increase in non-performing loans put paid to that. Crane’s non-performing portfolio ballooned from just over 19.3 billion in 2014 to set an industry record of 142.3 billion. This comes against a 1.2 percent increase in NPL’s for the industry between December2014 and December 2015.

The results put Crane in the same stable with Stanchart which also saw a precipitous decline in profit and a spike in NPL’s but managed to keep its head above the waters with an UShs 28 billion profit as provisions for bad and doubtful debts shot up 70 percent.

Crane did not hold a briefing session about its performance but it is believed that the results could be the result of over-exposure to short term trade facilities. Crane is a major lender to Uganda’s importers who were hit hard by sharp depreciation of the local unit amidst rising lending rates.

Other players such as Stanbic steered a safe course, choosing to suspend lending when rates spiked.

The results are a setback for the lender who has been rapidly expanding its footprint in the cpuntry, closing 2015 with 46 branches.