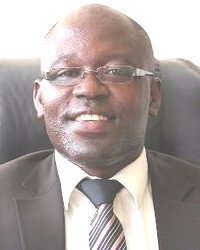 Asiimwe suggested the government put up the initial capital to revive a financial institution catering for the Cooperative Movement.

January 22— The Cooperative movement says prevailing credit packages being offered by Uganda’s commercial banks do not favour rural communities, farmers and cooperatives in the small and medium enterprise (SME) category due to the relatively high interest rates. This view comes when present lending rates, at an average 21%, are among the lowest in five years.

“As the association we have come up with proposals to finance the establishment of our bank. Our first option will be purchase of shares by cooperatives or joint ventures between the government, cooperatives and investors. However the most valid option will be for the government to finance the bank 100% and when the bank stabilises, it can start withdrawing by selling shares to members or the general public,” Ivan Asiimwe, the Uganda Cooperative Alliance CEO said when presenting a policy paper to colleagues recently.

The UCA has long held the wish to set up a bank after the former Cooperative Bank was closed down in 1999 having become insolvent. But many in the finance ministry are skeptical of the plan mostly because there is little money and heart in the project. At the time of its forced closure the bank has 24 branches across the country.

During a national consultation meeting between the cooperators and legislators, UCA officials indicated that they had already completed research into what it will take for the bank to be revived and sustained. Asiimwe suggested the government can use some of the money meant for recapitalising Uganda Development Bank so that UDB can start financing bigger projects while the proposed cooperative bank caters for SMEs.

“However a cooperative bank owned or largely dependent on government might face high portfolio risk, sustainability issues and susceptibility to unhelpful political influences. Another issue will be loan defaults and favoritism in recruitment of staff. To avoid this challenge, the government should provide startup capital for the bank and later on gradually sell off its shares to the public through initial public offerings on the stock market,” Asiimwe said. A notable factor that led to the first cooperative bank collapse was the constant bickering among politicians concerning its day-to-day operations and the coops as a whole.

For the bank to be allowed to operate, Bank of Uganda rules state it will need a minimum start-up capital of UGX25 billion (nearly $7 million).

However, Asiimwe said the proposed cooperative bank has potential in Uganda due to the conducive environment including markets for farmers’ produce and other cooperative businesses. He asked the government and other relevant authorities to create and guarantee an enabling policy and legislative environment for its formation.

Charles Kabuga, a pioneer in the Uganda cooperative movement said there was need for a change of name, setting and management style if the new cooperative bank was not to suffer the same fate that befell the first one.

“Our bank failed due to poor management characterised by financial indiscipline, fraud, forgeries, under- capitalization, corruption, high operation costs that bankrupted the bank finally leading to its closure. If this new bank is going to work out, we need to disassociate it from all the negative things that happened to the old one. If possible, change the name of the bank and start afresh,” Kabuga said.